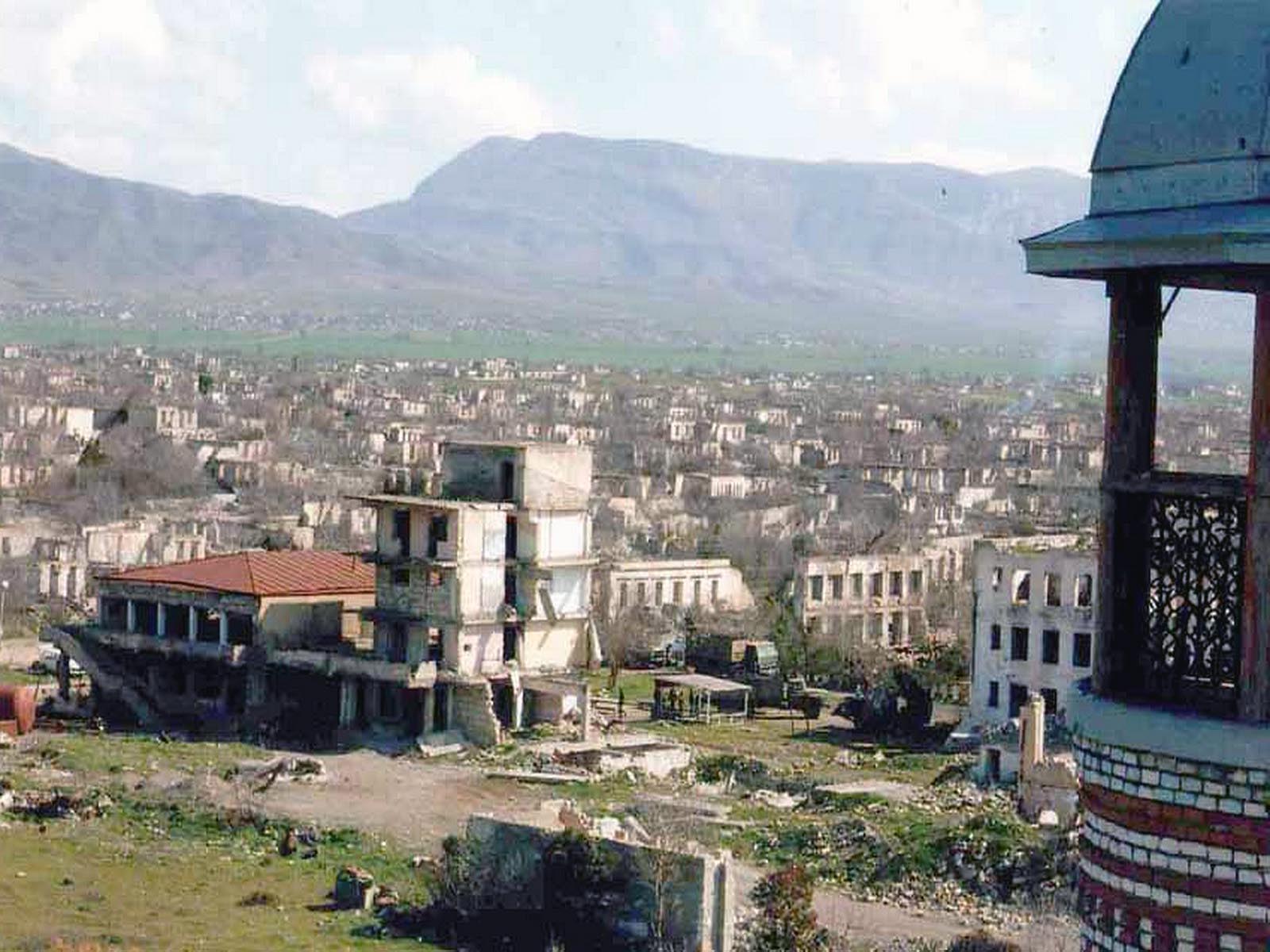 The statement by the Azerbaijani community of the Nagorno-Karabakh region of Azerbaijan regarding the massacre committed by Armenian forces against Azerbaijani civilians in Aghdaban village of Kalbajar district of Azerbaijan was circulated as documents of the UN General Assembly and Security Council, Leyla Abdullayeva, spokesperson for Azerbaijan’s Foreign Ministry wrote on Twitter Thursday.

Armenian Armed Forces and Armenian military units in Nagorno-Karabakh committed atrocities against the civilians of Aghdaban over the night from April 7th to Sth, 1992. As a result of the Armenian armed attack from the direction of Japar village of the Aghdara district on Chaygovushan and Aghdaban villages of the Kalbajar district. Aghdaban village consisting of 130 houses was completely burnt down, 779 civilians were subjected to brutal torture. As a result of the massacre committed by Armenians, 39 people were killed with special cruelty. Among them, 8 people aged 90-100, 2 babies and 7 women were cremated alive, 12 people got severe bodily injuries and 2 went missing.

Armenians looted and destroyed historical-architectural and cultural monuments, as well as shrines and cemeteries of the Turkie-Islamic period in the village. Manuscripts and house museum of outstanding Azerbaijani poet Ashug Gurban and his son Ashug Shanmshir were burned and destroyed. The massacre which took place on April 8, 1992, is one of the greatest crimes against the Azerbaijani people committed by the Armenian nationalists in order to seize strategically important Kalbajar district in pursuance of their dream of creating so-called "Greater Armenia.” The Aghdaban massacre - the complete burning of an entire village, subjecting hundreds of civilians to inhumane treatment and torture, the expulsion from their homeland - will never be forgotten. It is important to note that the Aghdaban massacre took place long before the occupation of Nagorno-Karabakh.

This event demonstrates that Armenia has deliberately planned the occupation of not only Nagorno-Karabakh but also broader areas, with a view to actualize the fictitious idea of "Greater Armenia" which stands at the center of its aggressive policy.

From March 27 to April 2, 1993, as a result of a large-scale attack by the Armenian armed forces, Kalbajar district, located outside the Nagorno-Karabakh region and comprised of 1936 square km area, the population of about 60,000 people at the time of occupation, 1 city, 1 settlement and 122 villages, has been occupied. The occupation of the Kalbajar district of Azerbaijan by the Armenian armed forces has, in essence, brought the conflict to a new level of occupation."