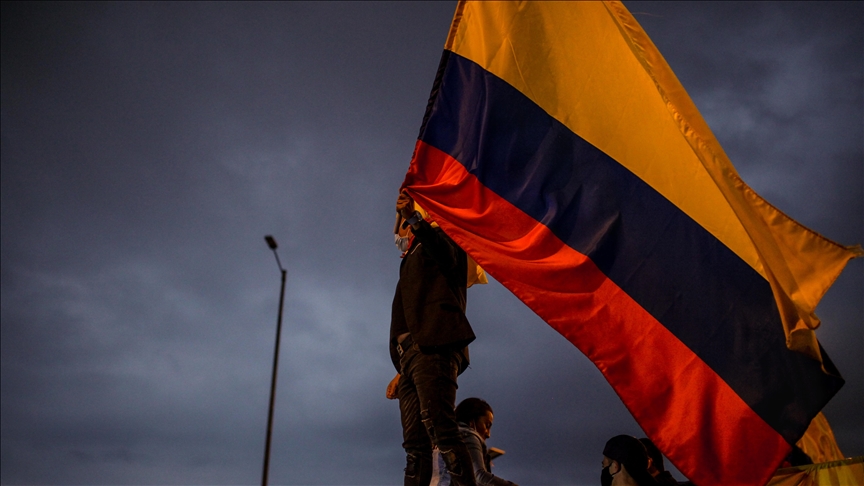 Anti-government protests raging in different parts of Colombia since April 28 have caused the death of at least 48 people, including one police officer, said judicial sources on Monday.

According to the latest report by the country’s Ombudsman’s office, at least 20 of the 48 deaths are directly caused by the anti-government protests shaking the country for over a month.

However, NGOs claim the death toll is much higher than the official figures.

Protests against the government's new tax reform plan are continuing across the country.

On Monday, students in the country’s capital Bogota were on the streets for a peaceful anti-government protest.

The country witnessed a bloody day on May 28 during which 13 people died in Cali, and dozens other were injured in Bogota and Medellin.

Meanwhile, at least nine people were murdered at a farm in the country’s south in a separate development.

Eight men and one woman were killed on a farm located in the rural area of Algeciras in the southern Colombian administrative department of Huila, according to the Colombian media.

Drawing attention to the escalating wave of violence in the country, the Bogota-based Institute for Development and Peace Studies (INDEPAZ) reported that 158 people have died in 41 violent incidents so far in 2021.