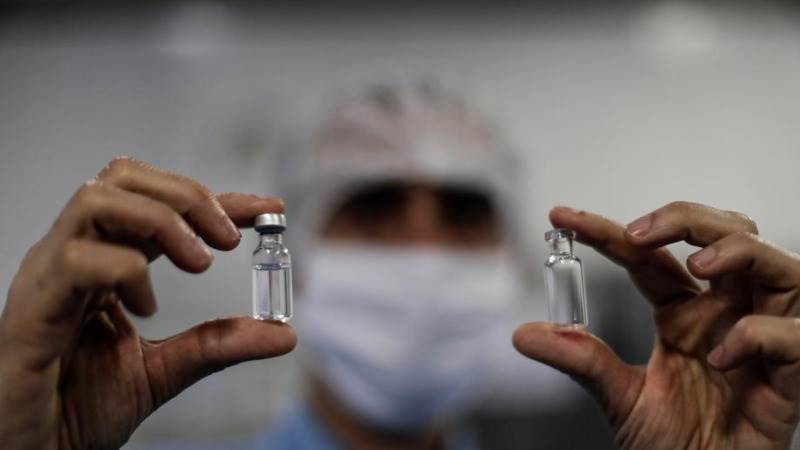 "Latin American production will be handled in Argentina and Mexico, and that will allow timely and efficient access for all countries in the region," Fernandez said. "We hope to be able to start the production process as soon as possible.”

They will initially produce 150 to 250 million doses of the vaccine to supply all of Latin America except Brazil, which had already entered into a separate agreement in June to produce the vaccine for their country.

Mexican Foreign Minister Marcelo Ebrard said on Twitter that the deal had been pushed by Fernandez and Mexican President Andres Manuel Lopez Obrador and thanked the Carlos Slim Foundation, which is financing the production.

Meanwhile, coronavirus cases and deaths continue to climb in Latin America's worst-affected countries, especially in Brazil, Mexico and Peru, and now Colombia and Argentina are among the worst-affected nations.

Brazil's first Lady Michelle Bolsonaro's grandmother died Wednesday from COVID-19. Maria Aparecida Firmo Ferreira, who was 80 years old, was hospitalized on July 1 after being diagnosed with the virus.

The South American country still ranks as the second worst-hit country in the world. The number of confirmed cases now stands at 3,164,785, including 104,201 deaths, according to health authorities.