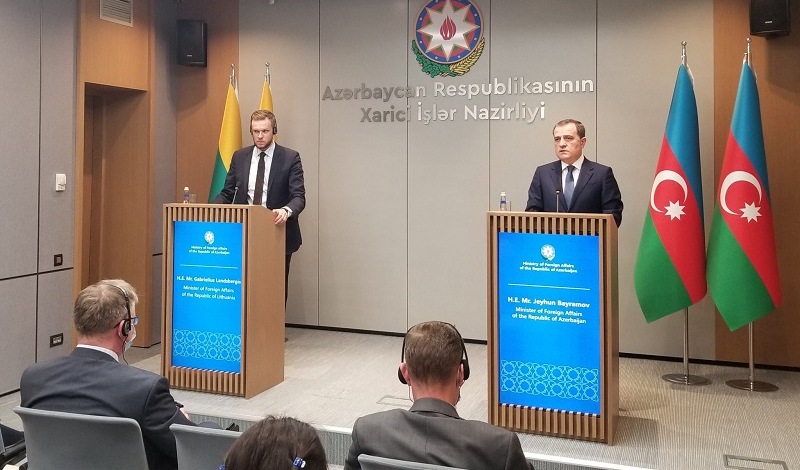 Armenia, without providing maps of minefields in liberated Azerbaijani lands, continues to carry out war crimes that it has been committing against Azerbaijan for years, said Azerbaijani Foreign Minister Jeyhun Bayramov.

Bayramov made the remarks at a joint press conference with his Lithuanian counterpart Gabrielius Landsbergis in Baku on Friday.

Minister Bayramov said Azerbaijan has been taking systematic and consistent steps to rebuild its territories liberated from the years-long occupation and create conditions for the return of hundreds of thousands of IDPs to their homes.

Minister Bayramov said everything was almost razed to the ground in the liberated Azerbaijani lands.

He pointed out that landmines planted by Armenia in the territories of Azerbaijan for about 30 years hinder the restoration and reconstruction work.

“These territories are completely contaminated by mines. Despite the calls of Azerbaijan and international organizations, Armenia, in contravention of the trilateral statement of 10 November 2020, still refuses to provide minefield maps. Thus, Armenia continues the war crimes it has been committing in the Azerbaijani lands for many years,” Bayramov added.