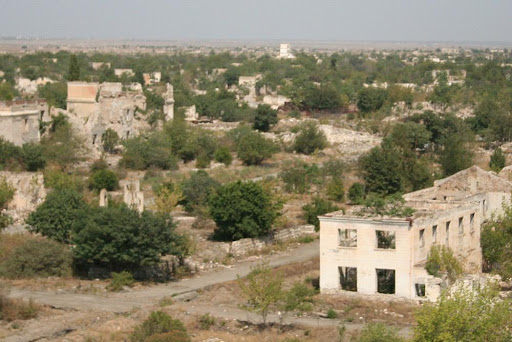 Armenia, which held the Nagorno-Karabakh region and surrounding districts of Azerbaijan in occupation for many years, was engaged in illegal activities in these territories, destroyed natural resources, flora, and fauna, polluted water bodies, was engaged in the cultivation of narcotic plants and drug trafficking, Azerbaijani Deputy Minister of Ecology and Natural Resources Firdovsi Aliyev said.

Aliyev noted that the illegal activity of the Armenian occupiers, which poses a threat to the region’s ecological security, is a gross violation of many international conventions, including international agreements, imposing certain obligations to Armenia.

He stressed that the uncontrolled territories have become a favorable zone not only for the cultivation of narcotic plants and drug trafficking but also for environmental, economic, and other crimes.

According to him, rivers and other water sources were polluted in the occupied territories, the population living in the front-line zone could not use the reservoirs, the environmental terror carried out in relation to water resources posed a serious threat to the population living nearby.

“During the sowing period, Armenian occupiers cut off the water supply, and as a result, due to an acute shortage of water, soil degradation occurred, while in the non-sowing period, water was released from reservoirs, flooding farms and crop areas," the deputy minister also noted.

The deputy minister emphasized that Armenia still ignores the requirements of various conventions.

"It’s necessary to inform international organizations about the serious damage to the environment, the plunder of natural resources and other illegal activities of Armenia in the occupied territories, to put an end to its grave environmental crimes there", added Aliyev.