Armenia is the country with biggest number of calls for anti-Semitism: Azerbaijani FM 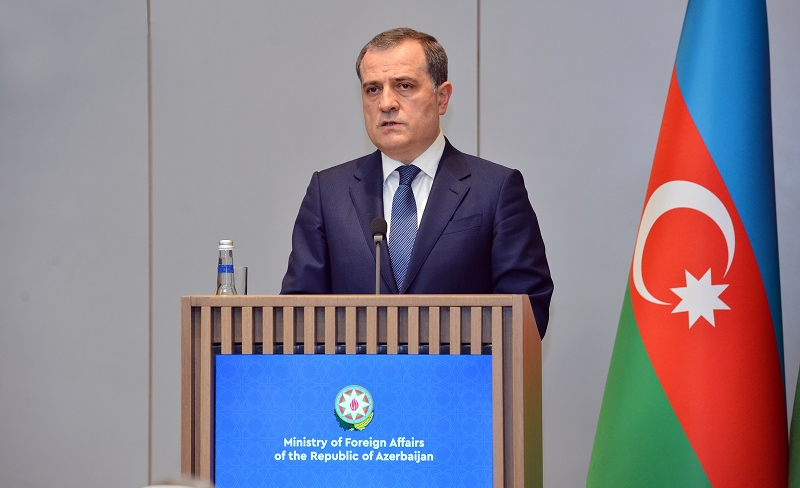 There are a lot of calls and statements based on intolerance and hatred in Armenia, and the individuals calling for peace are considered traitors, said Azerbaijani Foreign Minister Jeyhun Bayramov.

Speaking at a joint press conference with his Lithuanian counterpart Gabrielius Landsbergis in Baku on Friday, Minister Bayramov stressed that for many years Armenia carried out propaganda based on lies and falsifications.

"This intolerance is directed not only against Azerbaijan and Turkey, it has become broader,” the top diplomat said.

He noted that Armenia is the country with the biggest number of calls for anti-Semitism.

“Everyone should have understood the bitter consequences of such an approach when a monument to fascist Nzhdeh and terrorists was erected in the center of Yerevan,” the minister said.

“No one in the world history has ever benefited from such actions. The sooner the Armenian people and society get rid of these ideas of their politicians and ideologists, the better for them. It is necessary to look to the future and Azerbaijan supports this. The sooner the people of Armenia understand this, the more opportunities there will be for the regional development, peace, and security,” he added.

"One of these rallies was carried out by the Armenian radicals in Los Angeles, when in the city center the Dashnaks from the Armenian Youth Federation and the Armenian National Committee of America "executed" a dummy wrapped in an Azerbaijani flag, calling for ethnic violence. This is a criminal act and the perpetrators must be punished. We firmly condemn such actions,” he said.