Baku says Yerevan must demonstrate political will and constructive approach 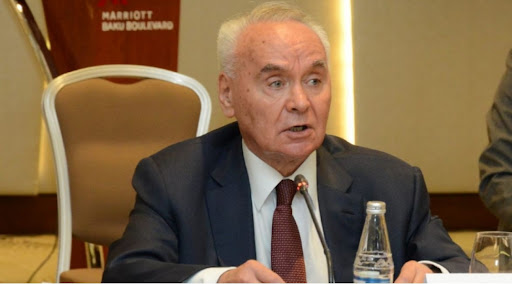 He made the remarks at the 6th ministerial meeting of the Conference on Interaction and Confidence-Building Measures in Asia (CICA) in Nur-Sultan, Kazakhstan, the Azerbaijani Foreign Ministry told News.Az.

Mammad-Guliyev said that Azerbaijan is one of the first countries to support the convening of the CICA.

In his speech, he said that after the liberation of the Azerbaijani lands from the Armenian occupation, work is underway to restore these territories.

“These territories have been declared a zone of ‘green energy’ and are being restored taking into account the concept of ‘smart city’ and ‘smart village’,” Mammad-Guliyev added.

Besides, in the context of normalizing the situation in the post-conflict period, strengthening peace and confidence in the region and developing trade and transport links in the North-South and East-West directions, the deputy foreign minister emphasized the great potential of the Zangazur corridor.

Mammad-Guliyev also informed the event participants that Armenia has contaminated Azerbaijani territories with mines and refuses to provide accurate maps of minefields to Azerbaijan.

He stressed that for the normalization of relations between Armenia and Azerbaijan, and for the signing of a peace agreement between the two countries, Armenia needs to demonstrate political will and a constructive approach.