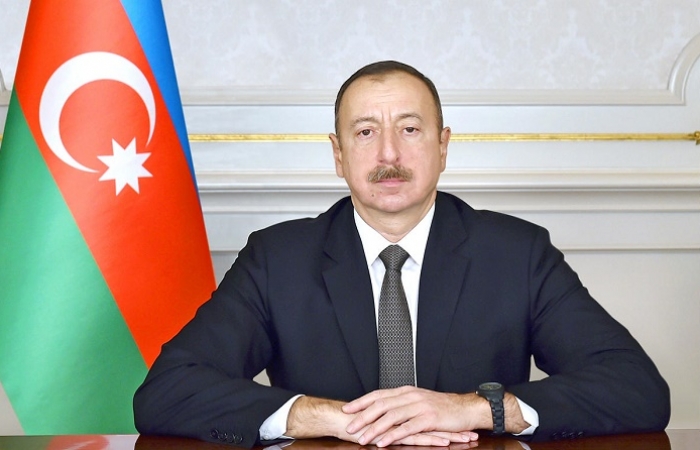 Armenia shouldn’t avoid negotiations on the settlement of the Nagorno-Karabakh conflict, Azerbaijani President Ilham Aliyev said in a joint press statement with

“First of all, Mr. President, I would like to express my gratitude for your invitation, the hospitality extended to me and the delegation,” Ilham Aliyev said to Francois Hollande. “I am very glad to be back in France. You visited Azerbaijan twice. This is the indicator of the French-Azerbaijani ties.”

“The political dialogue developing between us has entered a very active stage,” the Azerbaijani president said. “We continue this dialogue today. We see that our positions coincide on many issues. Strong political relations, of course, have a positive impact on the ties developing in all spheres.”

Ilham Aliyev noted that France, as the co-chair country of the OSCE Minsk Group, is making efforts to settle the Armenian-Azerbaijani Nagorno-Karabakh conflict.

“We highly appreciate these efforts,” Aliyev said. “In particular, I would like to note the meeting I held with the president of Armenia at the end of 2014 on your initiative in the Elysee Palace. This was a very constructive and positive meeting. Unfortunately, certain stagnation was observed in the negotiation process after this meeting.”

“We want the soonest resolution of the issue on the basis of the norms and principles of international law,” Ilham Aliyev said. “Armenia has been long occupying the Azerbaijani lands recognized by the international community. Armenia has been holding the Nagorno-Karabakh region and the seven adjacent districts under occupation. All of the Azerbaijani population, hundreds of thousands of people were expelled from these regions. All the infrastructure and buildings were destroyed there.”

“Therefore, at the first stage, the negotiations should be resumed as soon as possible,” he noted. “As Mr. Hollande noted, the status quo is unacceptable. The presidents of the OSCE Minsk Group co-chair countries - France, Russia and the US - have repeatedly stated that the status quo is unacceptable. We say the same thing, we want the status quo to change and the conflict to end as soon as possible, so that peace would be ensured in our region, and the Azerbaijani IDPs could return to their native lands.”