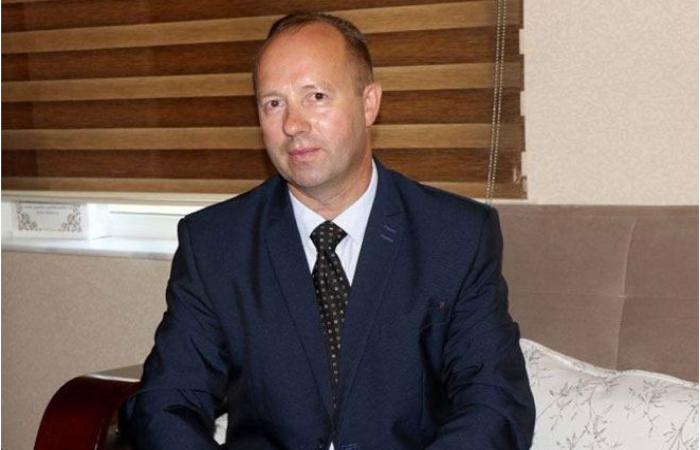 Having committed military provocations on the border with Azerbaijan, Armenia showed the whole world its true face as an aggressor and occupier, Ricardas Lapaitis, a well-known Lithuanian military journalist, an eyewitness to the Khojaly genocide and a representative of the International Eurasia Press Fund in Lithuania, said in an interview with EDNews.

Lapaitis associated Armenia’s next provocation in the Tovuz direction with the ongoing political and economic crisis in the country.

“Prime Minister Pashinyan led Armenia to the abyss and now wants to divert attention from the major problems prevailing in the country. All this is beneficial to Pashinyan, who does not know how to govern Armenia, his reputation in the country and the whole world is dropping,” he said.

The Lithuanian journalists noted that Armenia not in vain chose this direction, which does not apply to Karabakh. “Firstly, there is a road to Georgia and there is an aggressive target. Secondly, by taking such actions, they want to draw Russia and Turkey into their dirty political games.”

Lapaitis stated with confidence that Azerbaijan has every chance to free its occupied territories.

“I think that Azerbaijan in the current situation is stronger than ever and is demonstrating to the whole world that it has no other way out - the country is forced to take the military path. The president of Azerbaijan has repeatedly emphasized that Azerbaijan stands for a peaceful settlement of the Armenia-Azerbaijan Nagorno-Karabakh conflict. With this provocation, Armenia has already shown the world exactly who is the aggressor,” he added.

The Lithuanian military journalist also recalled his trip to Tovuz, the village of Agdam and other settlements several years ago.

He noted that about a million Azerbaijanis cannot return to their native lands due to the Armenian military aggression.

“Many mosques and museums were destroyed in Nagorno-Karabakh and seven adjacent regions. This is barbarism. Armenia is currently pursuing a fascist policy in front of the world community, many authoritative organizations. All this must be ended. The time has come when Armenia must answer for its actions,” Lapaitis added.

In conclusion, the Lithuanian journalist expressed his condolences to the families of Azerbaijani servicemen who had died heroically while repelling the enemy’s attack.