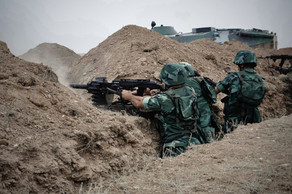 Military units of the armed forces of Armenia violated ceasefire 110 times throughout the day.

Report was informed in the press service of Azerbaijani Ministry of Defence (MoD) that Armenian armed forces, located in nameless hills in Noyemberyan and Ijevan regions and in Chinari village of Berd region fired at the positions of the Azerbaijani Armed Forces located in Kamarli, Gushchu Ayrim, Bala Jafarli villages of Gazakh region and in Aghbulag village of Tovuz region.