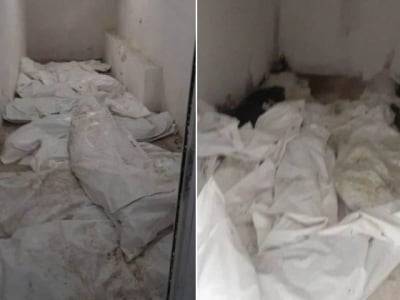 Commenting on the photos of the bodies of numerous Armenian servicemen being stored in refrigerators and morgues, which were posted on social networks, Korotchenko said the Armenian authorities are still hiding the exact number of military losses.

Relatives of Armenian servicemen, who went missing in a 44-day war in Karabakh in 2020, on Monday blocked a street in central Yerevan. They claim that the authorities have been long hiding the bodies of the slain Armenian servicemen in refrigerators and morgues to avoid unnecessary noise.

The expert noted that the bodies of a number of Armenian servicemen are not buried, but are kept in such mobile pseudo-morgues.

“All this indicates that either the Armenian authorities cannot accurately identify the remains of the victims, or they do not want to do it, or for some reason they keep covering up the exact number of the losses,” he said.

Korotchenko stressed that demoralization throughout Armenia is obvious.