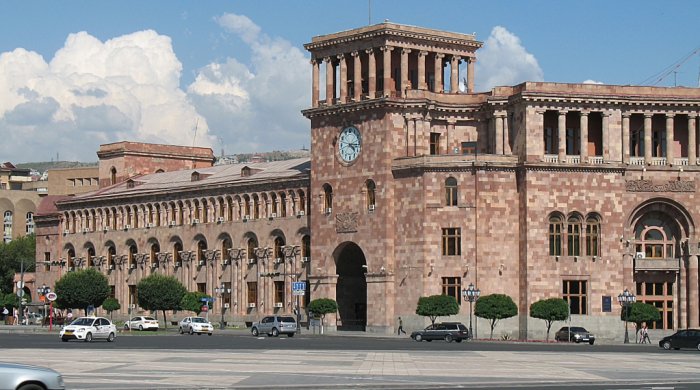 In the anticipation of the 106th anniversary of the so-called “Armenian genocide,” the members of Armenian organizations intensified their anti-Turkish propaganda activities. According to the Armenian claims, 1.5 million ethnic Armenians were killed by Turks in the Ottoman Empire in 1914-1923, while "the real massacre" began on April 24, 1915, with the “physical destruction of 235-270 thousand Armenian intellectuals and community leaders, as well as the deportation from the cities of Istanbul and Ankara”. As before, the Armenian diasporic organizations all over the world organize (dis)information campaigns, special events, fundraisers alongside protests in front of Turkish embassies in the states they inhabit. Diasporic organizations had to renounce holding the live galas for the last two years due to restrictions caused by the global pandemic; however, the abovementioned events were replaced by virtual ones.

Intensifying the hatred rhetoric and claims about the past, the Armenian diaspora institutes seek to avert any peace initiatives in the region as well as potential normalization of the Turkey-Armenia relations after the end of the Second Karabakh War. In the statement of ANC International on Turkey-Armenia relations dated February 11, 2021, the representatives of the organization mentioned the issue of the alleged "genocide" several times, presenting it as an obstacle to building relations between states.

It is also worth mentioning that since October 6, 2020, the 24th of April is a non-working day within the Los Angeles Unified School District (LAUSD), according to the decision of its Board. Furthermore, this year LAUSD, together with the Armenian National Committee of America–Western Region (ANCA-WR), arranged a series of special workshops to find new ways of educating about the so-called "Armenian genocide" at schools, including special instruction of Elementary teachers. Such activities are aimed at injecting propaganda of anti-Turkish sentiments into the heads of the pupils from a very young age.

The Genocide Education Project (GenEd), created by the Armenian diaspora with the purpose of propaganda with the support of Woven Teaching, launched the “Stages of Genocide: A Toolkit for Educators” project to guide the educators. The project offers a teaching method based on six cases of genocides: Cambodian, Guatemalan, Holocaust, Native American, Rwandan, and the alleged Armenian. To introduce the project to a wider audience, the above-mentioned organizations planned to hold a webinar on April 19.

The Armenian National Committee of Australia sent an open letter to Prime Minister Scott Morrison on behalf of the local Armenian community, urging him to recognize the so-called “genocide of Armenians, Assyrians, Greeks and other Christian peoples living within the Ottoman Empire” as he promised to do in his speech of 2011 before becoming prime minister.

It is also worth mentioning that, on the initiative of ANCA Pennsylvania, huge billboards calling on Joe Biden to recognize the so-called “genocide” were set within the state.

On March 19, Robert Menendez, the Chairman of the Senate Foreign Relations Committee, joined by a bipartisan group of 37 other Senators, sent a letter to president Biden, calling on him to recognize the alleged “Armenian genocide”. This act of the US Senate was widely supported by the Armenian National Committee of America.

It has become clear that the main aim of the Armenian diaspora for this year is to make President Biden recognize the alleged “genocide”, even though Turkey is still an important partner of the US. The factor of “the first statement” is important for the diaspora, as, if Biden does not recognize the so-called “genocide” in the first year of his presidency, it will become much more difficult, if not impossible, in subsequent years. Members of the diaspora also rely on the alleged “genocide” as an obstacle to the building of bilateral relations with Turkey. The Executive Director of Armenian National Committee of America-Western Region Armen V. Sahakyan, in his recent interview in April 2021, mentioned that Turkey is still “the enemy to Armenian people”, even though, as a result of the settlement of the Armenian-Azerbaijani conflict, the parties discuss the possibility of opening the borders and building bilateral relations. This shows that the diaspora members still are not in favor of peace.

However, the real loser from this campaign is Armenia and its people, isolated, impoverished and deprived of opportunities of regional cooperation and security.

Roza Asgarova, an advisor at the Center of Analysis of International Relations in Baku, Azerbaijan, special for News.Az