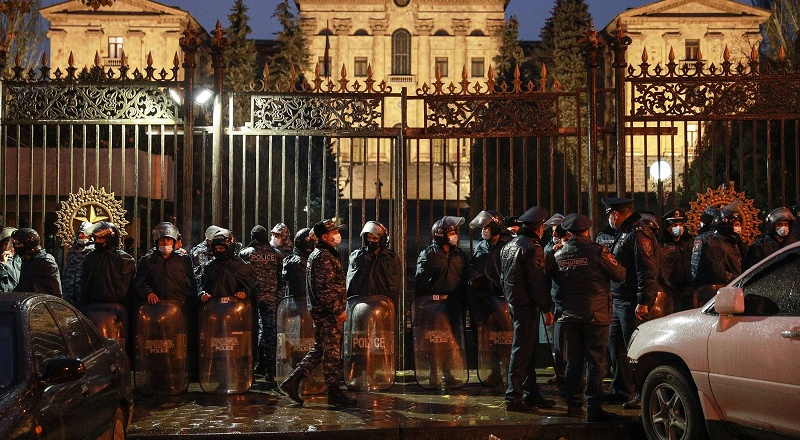 Opposition protesters held a rally in the lobby on the ground floor, urging officials from several ministries not to support Pashinian. Shouting slogans and demanding the resignation of the head of the Cabinet, they left the building.

"We are halting our action. Our goal was to show that we can enter any ministry," said one of the protesters.

Anti-Pashinian demonstrations shook Yerevan last week with 15,000 protesters marching through the capital Saturday as pressure on the leader intensified after the country's president rejected his order to dismiss the chief of the military general staff.