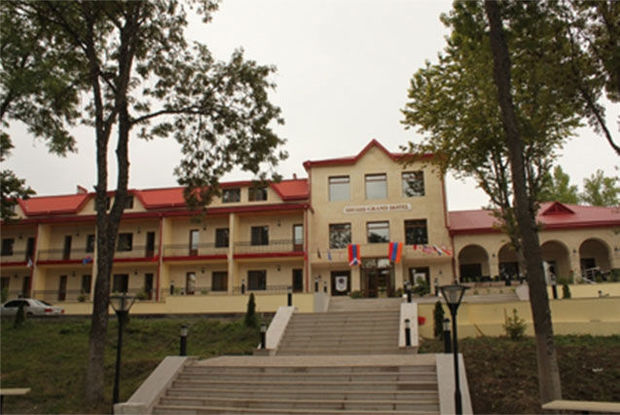 "Armenians have commissioned a number of hotels, motels and hostels to attract tourists to Karabakh."

Employee of the Institute of Law and Human Rights of ANAS Faig Ismailov said that the Armenian government has reconstructed the buildings considered to be architectural examples and put them into operation as hotels.

"An example is the three-star hotel Avan Shoushi Plaza in the former building of the 'Garabagh' hotel. The hotel was put into operation in 2011.

"A French citizen named Armen and his wife, Christina Romanian, live in Shusha. They repaired several houses belonging to Azerbaijanis and rent them out at a low price.

"The young couple from Yerevan - Mkhitar and Armine - are engaged in the same business.

"The Government of Armenia invests large sums for the development of tourism in Kelbajar, Agder, Khojavend, Hadrut and Martuni, commissioning new hotels every year," Ismayilov said.

According to Ismayilov, in this way the Armenian government is trying to popularize the territories of Nagorno-Karabakh as an independent administrative-territorial unit.

Below are the photos of some of the hotels.