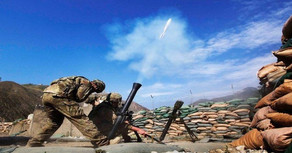 Armenians have violated ceasefire a total of 120 times.