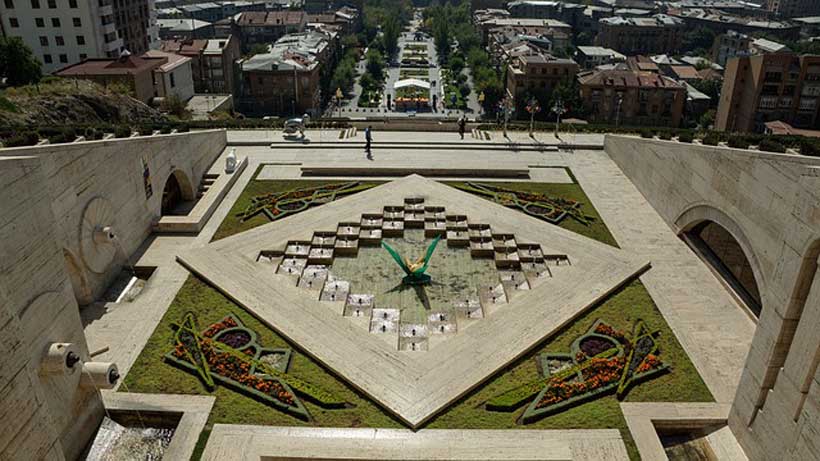 According to data from the Armenian government, in 2019 the country’s economy grew by about 7.6%,which was the highest figure since 2008. Further data from the Statistical Committee of Armenia show that the trade and service sectors were the main drivers of economic development. In the same period, 9% growth in industrial output and a 4% reduction in agricultural output were also recorded. Inspired by these growth numbers, during a cabinet meeting in January, Prime Minister Nikol Pashinyan said that he was confident that, as a result of the joint efforts of government members, even higher figures will be registered in 2020. However, as a result of subsequent pandemic-related events, his confidence disappeared and difficulties in solving economic problems have proven the inability of the Armenian government to act independently.

Since the declaration of an emergency situation on March 16, economic activity has significantly slowed, thus leading to the creation of various economic problems and a financial deficit. Even though some restrictions were softened in May, that did not lead to a noticeable increase in economic activity. As a result, the economic forecasts for Armenia in 2020 worsened. According to the European Bank for Reconstruction and Development, the economy of Armenia will contract by about3.5% in 2020 as a result of global uncertainty and falling demand. However, the Armenian government is more optimistic in its prediction of a decline in GDP of 2%.

One of the main problems created by the pandemic-related economic restrictions is the impossibility of implementation of government-approved budget projects for 2020. As the forecast for Armenia’s GDP worsens, it will lead to lower tax revenues than initially planned for. According to the Finance Minister, Atom Janjughazyan, with the forecast 2% decline of GDP at the end of the year, tax revenues will decrease by about 10% compared with the planned volume. If the economy diminishes by more than 2%,that will lead to an even greater reduction in tax revenues. Janjughazyan also noted that the government plans to keep budget spending unchanged in order to mitigate the negative consequences and create the preconditions for a quick recovery. Although this decision could help to prevent social discontent and avert some economic problems, it could have long-lasting economic consequences by significantly increasing the budget deficit. With a reduction in taxes generated of about 10%, the budget deficit will double, reaching 5% of the projected GDP or $676.4 million (1 Armenian Dram=0.0021 USD). To run the budgeted projects with such a high level of deficit, the government will have to amend the budget legislation in order to exceed existing restrictions.

Another financial problem for Armenia is related to the implementation of support programs. As the emergency situation has substantially impacted economic development, the government has had to implement support programs. Even though these programs have been important in supporting the economy, they have also created financial problems as the government does not have enough resources to implement them independently. To support the economy, the government approved a support package of $315 million. Of these funds, $168 million will be used for long-term economic development programs;$52.5 million for the elimination of economic problems, social tension and liquidity issues; and $42 million for the redistribution of reserve funds. So far, the Armenian government has approved 20 crisis measures for the implementation of support programs.

Financing the high budget deficit and extensive support programs creates financial problems as Armenia does not have sufficient financial resources. Therefore, Armenia must attract funds from other countries or international financial institutions. Based on the calculations of the Armenian government for financing the combined support programs and budget deficit,it needs to raise an additional$546 million. Armenia already has a large volume of external debt (40% of GDP in 2019) and raising additional funds will significantly increase that debt. Taking on an additional $546 million of debt will increase the government’s external debt by about 10%. Taking into account that, during 2019, the total public debt of Armenia increased by about 14.8%, the increase of external debt by about 10% from only one source shows how seriously it will affect the financial security of the country.

Armenia also is facing economic problems in the energy sector. On April 1,GazpromArmenia, the Russian-owned natural gas distributing company, declared that it was going to ask the Public Services Regulatory Commission (PSRC) for changes to gas prices in Armenia. It proposed to set the same price for all customers beginning from July 1. This change would eliminate the discount for low-income families, thus leading to a 35% increase in price for them but a2.2% decrease for consumers that use up to 10,000 cubic meters of gas per month. The Armenian government was dissatisfied with the offered gas rates as it was already dealing with pandemic-related economic problems and it requested that Russia decrease the price of gas that they sell to Armenia.

As the talks with Russia did not lead to desired results, the PSRC accepted the changes but kept the price for domestic users and low-income families unchanged. The PSRC wants the average weighted price of 1,000 cubic meter of gas be set at $266.7 USD,$16.43 below the price that Gazprom Armenia had proposed. The price of natural gas will increase from $212 to $224 per thousand cubic meters for agricultural companies, and from $242 to $255.92for consumers who use more than 10,000 cubic meters of gas per month. The new prices will enter into force on July 19, except for thermal power plants. Despite the fact that PSRC was able to prevent price changes for ordinary citizens, the new rates will create unemployment problems. In order to operate with accepted price changes Gazprom Armenia has to lay off about 1500 employees and reduce its annual revenues about 6%.

The inability of the Armenian government to solve its economic problems with its own financial resources or to diversify its energy imports will lead to significant economic problems. Many countries around the world are facing economic and financial problems and are therefore looking to obtain foreign assistance, and this reduces opportunities to access foreign finance by intensifying competition. Therefore, it is not currently easy for Armenia to attract financial resources. The dependence of the energy sector on the price policies of other countries also creates economic instability. Even though the PSRC was able to avoid natural gas price rises for ordinary citizens, it cannot prevent unemployment issues and price rises for businesses. Therefore, countries that are dependent on foreign financial assistance and are unable to implement independent economic and energy policies during the pandemic and in the post-pandemic period will face serious economic issues. Taking into account that social and economic problems were among the main drivers of the change of government in Armenia in 2018,the pandemic-related economic problems will also have political consequences.