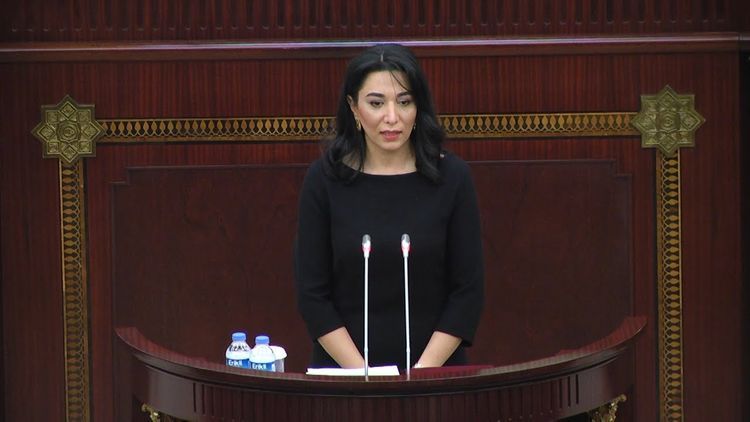 After the recent mine explosion in the newly liberated Kalbajar district of Azerbaijan as a result of which three civilians including two journalists were killed and several civilians were severely injured, a member of the armed forces of Armenia, Colonel Koryun Ghumashyan confessed that he and his contingent placed 17 trucks of mines near Lachin and Kalbajar districts, said Azerbaijan’s Human Rights Commissioner (Ombudsman) Sabina Aliyeva.

The ombudsman noted that Ghumashyan’s testimony once again proves the act of war crime committed by Armenia’s political and military leadership.

“His confession circulating on social media created extreme anxiety in Azerbaijani society,” said Aliyeva, stressing that this is a clear violation of international humanitarian law, with a direct confession of the crime committed and the perpetrators should be brought to justice immediately.

“As the Ombudsman of Azerbaijan, I have many times raised this issue before international organizations, urging them to assist in getting the maps of mines planted in the liberated territories of Azerbaijan by Armenia and thus save the lives of innocent people.”

“Unfortunately, we have not received any response or assistance from any relevant international organization so far. The silence of these organizations cast doubt on the efficacy of international law and creates conditions for the continued violation of human rights,” she added.

The ombudsman said these landmines pose a great threat to each person who wants to visit those places. “Over the past seven months, more than 140 people were affected by landmines, 27 of them were killed as a result of those explosions in Azerbaijan.  The political and military leadership of Armenia bears full responsibility for this crime.”

“Human rights should not be merely the subject of speeches from the high rostrums. The international organizations claiming to be the guarantee of human rights all over the world should take concrete actions to call Armenia to provide the map of landmines to stop further casualties,” Ombudsman Aliyeva added.