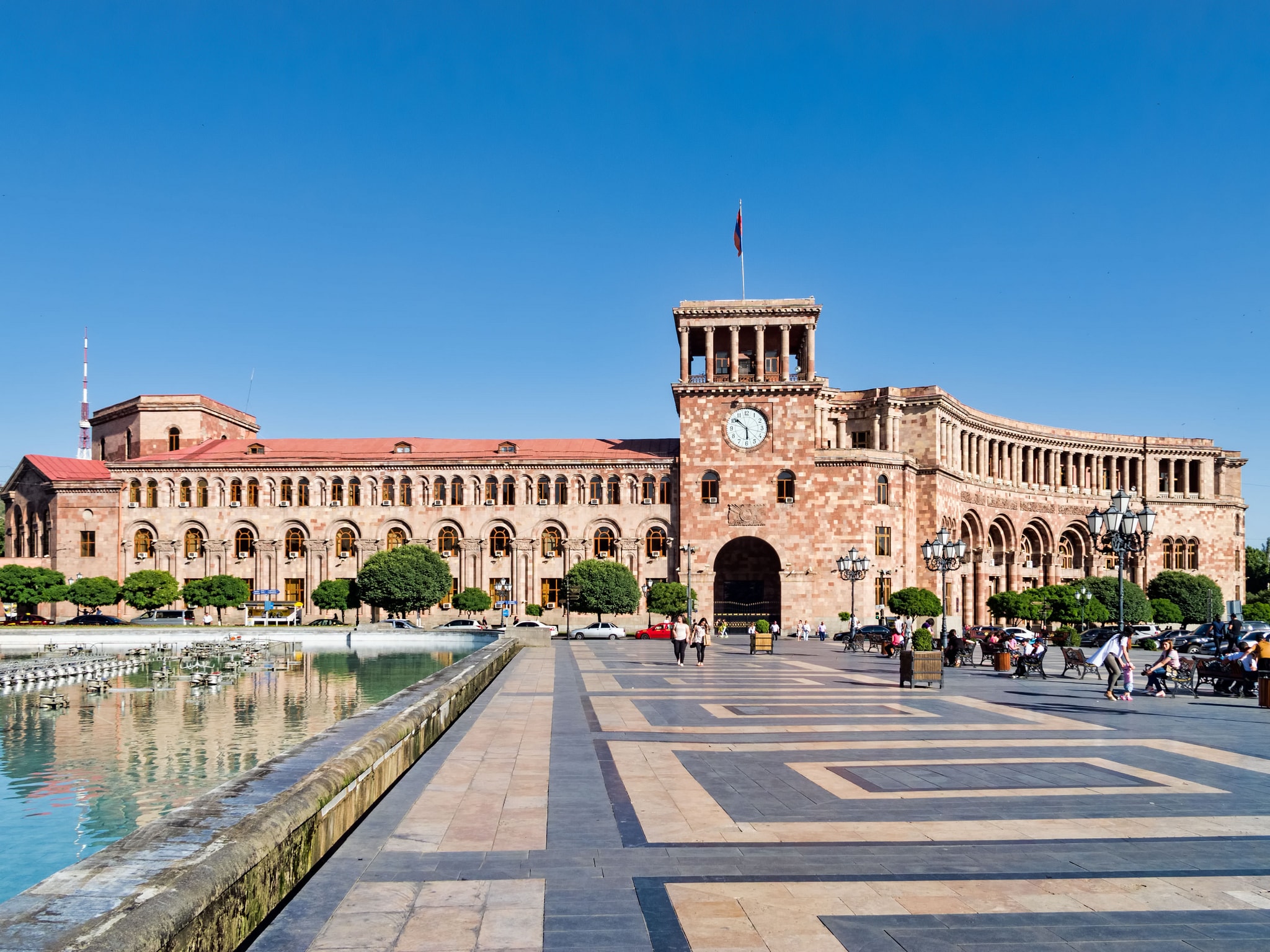 News.Az presents the opinion by Jacob Kamaras, editor for the Jewish News Service.

“While the days of large-scale war or violence between Christian denominations (such as Protestants versus Catholics) are largely over, that does not mean disdain or outright hostility within the Christian community itself is a thing of the past. These dynamics were most recently apparent through a pro-Armenian U.S. lobby group’s targeting of Israel’s Ambassador to Azerbaijan George Deek.

Armenia, which touts itself as the first country to adopt Christianity as its official religion in the 4th century, has seen its supporters engage in a series of self-defeating rhetoric against fellow Christians in recent weeks. This has included social media posts and articles assailing Christian supporters of Armenia’s Muslim-majority neighbor and adversary, Azerbaijan.

American evangelical pastor Rev. Johnnie Moore — founder and CEO of the KAIROS Company and a commissioner of the U.S. Commission on International Religious Freedom (USCIRF) — was the lone dissenting voice regarding the recommendation in USCIRF’s recently released 2020 report to “include Azerbaijan on the U.S. Department of State’s Special Watch List for engaging in or tolerating severe violations of religious freedom pursuant to the International Religious Freedom Act.”

In Moore’s assessment, Azerbaijan “did not meet the threshold” for the watch list because it is “a country where Sunni and Shi’a clerics pray together, where Evangelical and Russian Orthodox Christians serve together, and where thriving Jewish communities enjoy freedom and total security in their almost entirely Islamic country.”

The Armenian news website Asbarez — which is affiliated with the Armenian Revolutionary Federation, a socialist group with ties to Palestinian terrorist organizations — proceeded to accuse Moore of being complicit in Azerbaijan’s “faith washing” and giving “Christian cover to a violent and intolerant regime.” The outlet also went on to bash Moore for being a supporter of President Donald Trump and for his visit last year to Azerbaijan, where he praised the country for giving “hope” to the world. It is also no coincidence that Moore supports Israel and Trump’s Mideast peace efforts, as Armenia has historically (and unsuccessfully) attempted to drive a wedge between the Jewish state of Israel and Muslim-majority Azerbaijan.

Meanwhile, the Armenian National Committee of America (ANCA) lobby on Twitter bizarrely brought up the faith of D.C.-based lobbyist Mark Tavlarides while targeting his work on behalf of the Azerbaijani government, noting that he is the “son of a Greek Orthodox priest.” It must be asked: What does Tavlarides’s faith or family have anything to do with his professional work?

On the surface, it seems odd that a proudly Christian nation would call out other Christians, especially ones who support warmer interfaith cooperation with Muslims. But a deeper examination reveals that this pattern is more common than one would think.

For example, Israel has been the victim of this double standard for years. While the Jewish state draws some of its most ardent supporters from the evangelical community, others within more “traditional” streams of Christianity, such as mainline protestants or even the Catholic or Orthodox churches, are generally less supportive of Israel and even sometimes engage in outright Israel-bashing and anti-Semitism.

A telling test case is Deek, who is the first Israeli-Arab Christian to rise to the rank of ambassador. The ANCA tweeted on May 21 that Deek “praises Baku’s ‘utter rejection of hate,’ ignoring a century+ of Azerbaijani racism, intolerance, violence & war against his fellow Christians in #Artsakh and #Armenia.” Artsakh is the Armenian name for Nagorno-Karabakh, the region which is the source of the decades-long territorial conflict between Armenia and Azerbaijan. Earlier this year, Russian-Armenian journalist Grigor Atanesian had criticized the ANCA’s “misleading and even dangerous” framing of the Nagorno-Karabakh conflict as a religious conflict when it is actually “an ethnic one.”

Singling out Deek’s faith represents a bitter, tangential personal attack that goes beyond the pale of legitimate criticism of his policies or those of the Israeli government — never mind that the attack on Deek was motivated by his praise for Azerbaijan’s rejection of anti-Semitism, an important paradigm for Muslim-majority nations. In fact, the ANCA has previously promoted age-old anti-Semitic tropes; this includes tweets featuring a painting of the arrest of Jesus, invoking the myth that Jews killed Jesus, as well as silver coins, which conjured the conspiracy theory of Jewish control over financial markets and governments.

Instead of these misplaced tirades against fellow Christians, the ANCA and Armenia’s other supporters would be far better served advocating on issues such as protecting persecuted Middle East Christians, whose plight stands at risk of being forgotten amid the pandemic. Hopefully, this objective could be accomplished without Armenia’s further deployment of soldiers to serve alongside Syrian dictator Bashar Assad and provide cover for Iranian-backed Hezbollah terrorists in Syria’s civil war under the guise of a “humanitarian” mission. Only then will Armenia live up to its reputation as an international leader in its faith community.”