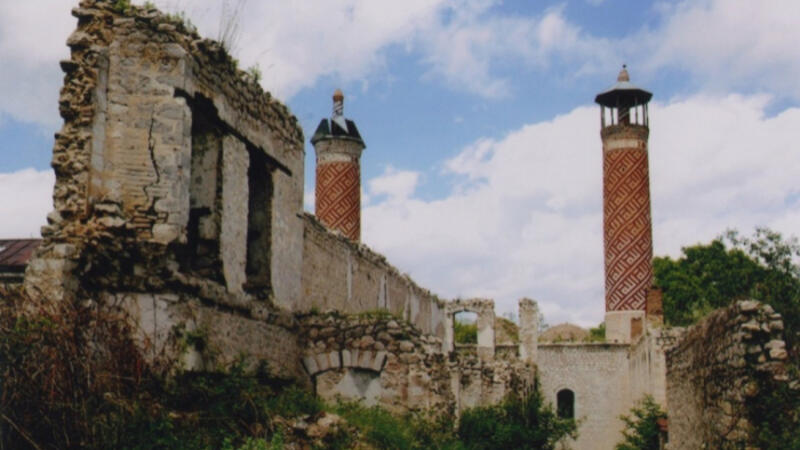 Armenia committed an act of vandalism in the Nagorno-Karabakh region of Azerbaijan and seven adjacent districts during the period of occupation, said Chairman of the State Committee for Work with Religious Structures, Mubariz Gurbanli.

Gurbanli made the speech during an online meeting with the participation of the ministers organized at the UN headquarters of the UN Economic and Social Council (ECOSOC) on the topic "A new look at equality: eliminating racism, xenophobia, and discrimination for all within the framework of a decade of activities in the field of the Sustainable Development Goals".

“During the occupation period, the Armenian side destroyed or altered the cultural and religious heritage of Azerbaijan. Mosques, shrines, churches, and cemeteries in these lands were demolished or turned into a pigsty. The interior and exterior parts of monuments belonging to historical Caucasian Albania were altered and Gregorianized,”

“It is no coincidence that a number of foreign journalists called these settlements, which became victims of Armenian vandalism, ‘ghost towns’ and ‘little Hiroshima’,” the chairman noted.

Gurbanli stressed that in the lands liberated from the Armenian occupation, following the 44-day Second Karabakh War that ended with Azerbaijan's victory, the process of restoration of historical and religious monuments, vandalized by Armenia, had been launched.

“Armenia tried to present the conflict in a religious light, attracting clergy to the war, and thereby gain compassion from the Christian world. Muslims, Christians, Jews, and adherents of other religions, as well as more than 30,000 Armenians, live in peace and harmony in Azerbaijan, the Armenian Apostolic Church in the center of Baku is under the protection of the state,” he said.

At the end of his speech, the chairman emphasized the importance of ensuring the unity and harmony that religions are currently bringing into people's lives, as well as the importance of criticizing religious leaders against racial, religious discrimination, extremism, and separatism.