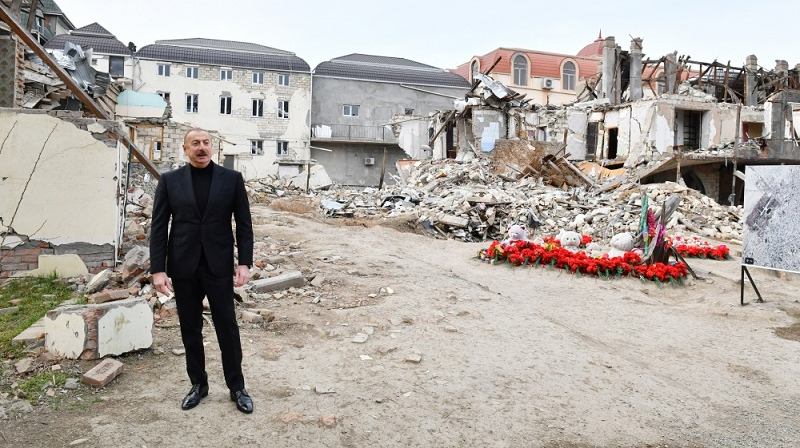 Armenia’s war crimes against Azerbaijan should be recognized by the world community, President Ilham Aliyev said in an interview with Azerbaijan State News Agency (AZERTAC) during his visit to Ganja city on Sunday, News.Az reports.

“During the second Karabakh war, Ganja was repeatedly bombed by the criminal Armenian army. Thirteen rockets were fired at the city, eight of which exploded, unfortunately killing people,” the head of state said.

“The city of Ganja was shelled with both “Tochka-U” and “SCUD” missiles. When we said our word on this issue, the Armenian side denied it. Then the false Armenian propaganda, making up yet another fabrication, declared that Azerbaijan had fired at its cities itself. Notice the level of ignominy and dishonesty,” he said.

The Azerbaijani leader stressed that the trajectory of ballistic missiles is followed by major powers, and everyone saw that the Armenian army had deliberately fired at a peaceful city, the residential area of the city located far from the war zone, at night.