Arrest of Almaty rioters, looters continuing, as number rises to 2,600 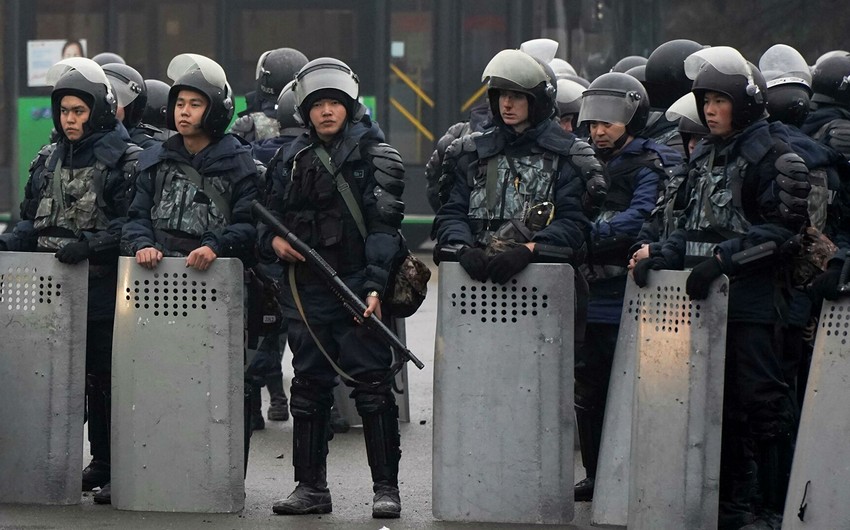 Kazakh law enforcement officers have detained 2,601 people for taking part in the illicit riots, looting and other crimes related to the failed criminal insurrection since the beginning of the anti-terrorist operation in Almaty, News.Az reports citing TASS.

"A total of 2,601 participants in the illegal protests, looting and other crimes have been detained since the start of the anti-terrorist operation. A total of 127 firearms and 4,077 ammunition were seized," the press service of the Almaty city commandant's office said on Monday.

Protests broke out in various Kazakh cities on January 2, escalating into mass riots and attacks against police and military personnel, with government buildings getting ransacked across several cities a few days later. Subsequently, Kazakh President Kassym-Jomart Tokayev turned to the Collective Security Treaty Organization (CSTO) requesting assistance, and as a result, peacekeepers were deployed to Kazakhstan.

Law and order, Kazakh authorities affirm, was restored to all of the country’s regions by the morning of January 7. According to the General Prosecutor's Office, more than 4,500 people were injured in the insurrection, and the bodies of 225 of those killed were taken to morgues.