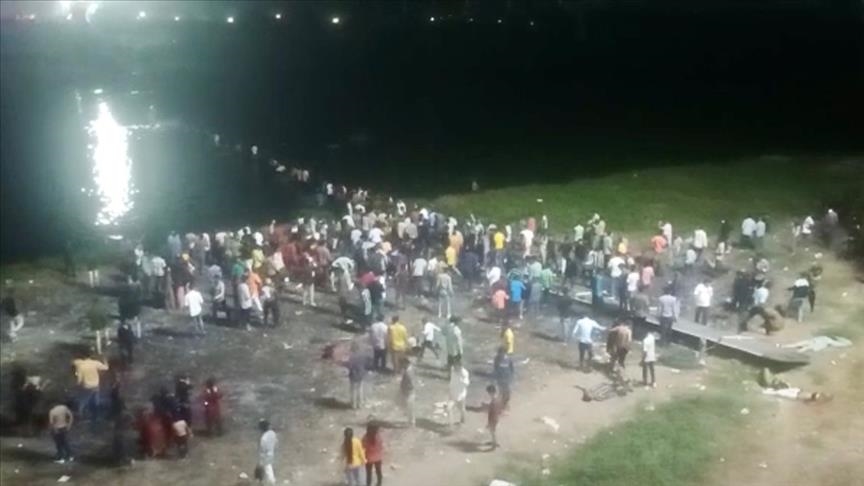 Some 177 people have been saved and teams are searching for several others who are still missing.

Around 500 people, including women and children, were on the suspension bridge when the cables supporting it snapped, sending people crashing into the river below. Many were performing Chhath puja rituals on the 150-year-old bridge.

People fell on top of each other after the bridge snapped. Videos showed many desperately clinging to the remains of the bridge while some were seen swimming to safety.

Prime Minister Narendra Modi said Sunday that he has also spoken to the chief minister of Gujarat about the incident.

"He has sought urgent mobilization of teams for rescue ops. He has asked that the situation be closely and continuously monitored, and extend all possible help to those affected," Modi's office said on Twitter.