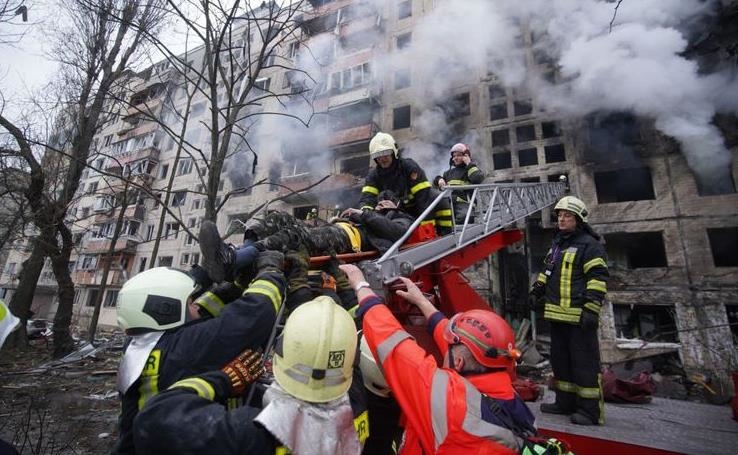 Artillery hit a nine-story apartment building in the Obolonsky district, northern Kyiv, at 05.09 a.m. local time (0309GMT), causing a fire in the building.

"As of 07:40, the bodies of two dead people were found in a nine-story apartment block. Three people were hospitalized. Medical assistance was provided to nine people on the spot," the State Emergency Service of Ukraine posted on Facebook.

Rescue teams saved 63 people from the building while the reaching remains of two civilians, the emergency service said on Telegram.