Austin Clayton: The United States and Israel have left UNESCO because of its biased position 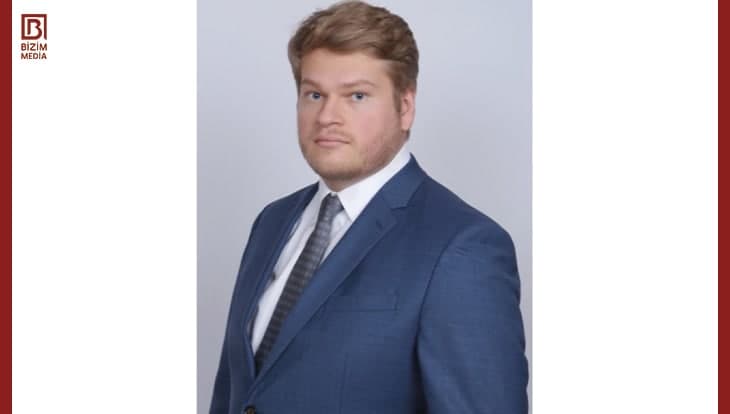 "Armenians themselves know that Karabakh is Azerbaijan. Armenians, having influence everywhere, are now trying to put moral pressure on Azerbaijan. ”

This opinion was expressed in an exclusive interview with Bizim.Media by Austin Clayton, an expert on the International Conflict Resolution Center (ICR), a political commentator who has long studied the Nagorno-Karabakh conflict.

The topic of our conversation was Armenian vandalism and misappropriation of Azerbaijani history.

In our interview, we also touched upon the silence of UNESCO, the world's largest body dealing with the protection of cultural heritage and the basics of authorship, on the recent actions of Armenians.

- Azerbaijan has liberated its 30-year-old occupied lands and restored its territorial integrity. However, Azerbaijan was under the pressure of many European countries in this struggle. I would like you to talk about it.

- Europe is happy to impose sanctions on many countries to force them to make political concessions, but this has never been done to Armenia. Despite the adoption of four clear UN security resolutions against Armenia, no political steps have been taken to implement them.

Instead of simply calling for an end to hostilities, Europe could have prevented the deaths of thousands of soldiers if it had applied international law in a timely manner. Europe did not go for it, and Azerbaijan wanted and did to restore its territorial integrity.

Until now, the world community, especially Europe, has remained silent about the occupation of Nagorno-Karabakh and surrounding areas. This is very worrying because it shows the non-application of international law and the implementation of resolutions adopted by international bodies on a selective basis.

- For 30 years, Azerbaijan has repeatedly asked UNESCO to monitor the protection of our historical monuments in the occupied territories but did not receive a positive response. However, UNESCO appealed to visit the Armenian churches for revision in the recently liberated lands. Why does UNESCO take a stand?

- The world community ignored the Nagorno-Karabakh region since the first Karabakh war. In my opinion, Azerbaijan was an unstable country in the 1990s, so it could not draw UNESCO's attention to this issue.

After Azerbaijan became a stable country, it began to call on UNESCO. I think that at this time, UNESCO, realizing that it was too late, simply ignored these issues.

Ten years had passed since this stage, and there were attempts to "Armenianize" them, along with extensive cultural, religious, and historical destruction. According to UNESCO, the damage was so great that it would not be possible to come to any positive conclusions.

These attempts by UNESCO seemed completely futile. Azerbaijan is known as a country that preserves its cultural and historical heritage, but in 2020 we witnessed a modern technological war: UNESCO did not want an additional event to provoke a negative reaction on social media, especially by the Armenian diaspora.

- Besides, as you know, Armenians take Karabakh carpets stolen from Shusha to exhibitions. They name our carpets after themselves and UNESCO is silent about it. It does not respond to our true voice. How does this institution protect the Historical and Cultural Heritage? Why do they have such an attitude towards Azerbaijan, a member of their organization?

- I would like to mention two issues related to carpets. Before the occupation, they were abducted from Shusha, where the population is predominantly Azerbaijani. One of the carpets in this exhibition is 350 years old, and if the 350-year-old carpet is from Shusha, it is safe to say that it belongs to Azerbaijanis, not Armenians.

The second issue: as a carpet lover, I can say that the design of these carpets is classic Azerbaijani loops. I have been to carpet shops in both Armenia and Azerbaijan, and even though they try to replicate the ancient design on modern carpets, this style has never matched Armenian carpets.

Armenia is making great efforts to falsify the history of Nagorno-Karabakh. As I mentioned earlier, these efforts have been made by Armenian officials over the years, and the scale of this new history is wide and deep.

UNESCO has chosen the easiest way to ignore the tales told by Armenians for years in silence. Azerbaijan did not try to tell any tales about the region, because it did not need it. Azerbaijan has facts and that is enough. Unfortunately, the world community is still silent.

- Some accuse UNESCO of dividing countries by religion and support to Christian countries. Do you think so?

- I do not think that is the reason. On the contrary, UNESCO, I figure,  is a body governed by money and public opinion.

The United States (a Christian country) and Israel (a Jewish country) have left UNESCO because of its biased position.

For example, we can see that many non-Christian countries are supported by UNESCO. UNESCO has been deeply involved in the development of Saudi Arabia's historical conservation efforts. Politics play a bigger role in his decisions than religion.

UNESCO is located in France, a country that has a large Armenian diaspora and wealthy people. This diaspora always provides financial support for campaigns and national efforts, and the black PR of millions of Armenians around the world can become a nightmare for UNESCO. I think the real reason is the fear of widespread criticism.

- At present, Armenia pursues a policy of revanchism, and after the signing of the declaration of peace, repeatedly performed sabotage and attacked the Azerbaijani soldiers. The Azerbaijani side and personally President Ilham Aliyev have repeatedly stated in their speeches that we are ready to live in peace with the Armenians. Do you think Armenians will be able to live in peace with Karabakh in Azerbaijan?

They are ruled by nationalism, not logic. At present, part of Armenia is ready for peace. They understand the causes of brain drain, dependence on Russia, and poverty. They have been out of the region for years, with only open borders with Iran and Georgia.

The other part is not ready for peace. I have read many interviews and articles in Armenian newspapers about "revenge against the Turks." The peace agreement confirmed that Karabakh is Azerbaijan.

I have lived, studied, and worked in all three countries of the South Caucasus, so I think I have deep political views on the history, problems, and opportunities of this region. The Nagorno-Karabakh conflict has been one of the most important issues in the region for years, and I have spent a lot of time studying it, doing research, and talking a lot with Azerbaijanis and Armenians.

Years later, it became clear that the right side is Azerbaijan. Although not enforced by international law, it has confirmed it.

Thus, it is clear to those who make decisions based on the facts that Azerbaijani lands have been occupied. In short, when we talk about territorial integrity, ownership, and law, we see that it is Azerbaijan that suffers in this conflict.