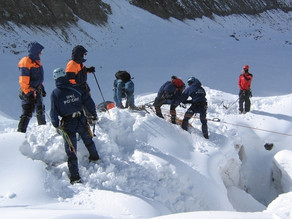 Many skiers have been buried by an avalanche that struck Tignes in the French Alps on Tuesday morning.

Report informs citing Le Parisen that local emergency services said the blue run was open and dotted with skiers when the avalanche struck at around 10am local time.

"According to witnesses, there are lots of people under the avalanche," said a spokesman for regional gendarmerie.

Rescue efforts are ongoing but local media report that weather conditions are making it difficult to estimate the number of people buried and have prevented the use of helicopters.

Notably, on February 13, the avalanche struck the same area. As a result, 4 skiers have died.