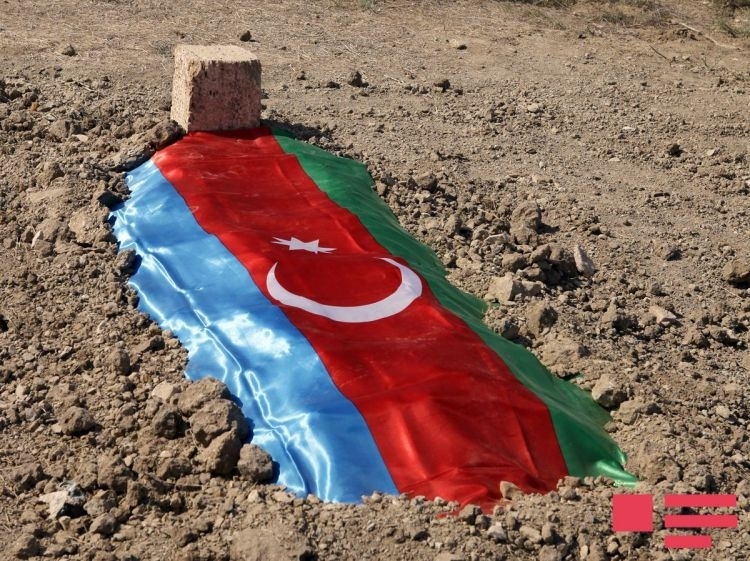 The graves of 179 unknown martyrs have been found as a result of the monitoring conducted in Azerbaijan in recent years, the State Commission on Prisoners of War, Hostages and Missing Persons said in a statement on Thursday.

Referring to recent media reports on the places of burial of unidentified soldiers who died in military operations during the Armenia-Azerbaijan Nagorno-Karabakh conflict, the Commission stated that this issue is an integral part of its activities, APA reports.

“The work on clarifying the fate of missing persons continues in accordance with the duties defined by the Azerbaijani president’s order, dated 1 March 2001, and the regulations of the State Commission, within the framework of the Treaty on collecting and managing centralized way the Ante Mortem information about the people who disappeared as result of the Armenian-Azerbaijani Nagorno-Karabakh conflict, signed between the International Committee of the Red Cross and the State Commission on April 14, 2008,” said the statement.

“As a result of the monitoring conducted in Azerbaijan in recent years under the instruction of State Commission Chairman Madat Guliyev, the graves of 179 unidentified martyrs were found and registered in districts nearby the areas where intensive military operations are going on. Video footage and photos of the burial places were taken. The areas were examined with the presence of those who attended the funeral of the unidentified martyrs and their testimonies were documented and archived in a video footage,” the statement said. “Upon the appeal of State Commission Chairman Madat Guliyev to the State Committee on Property Issues of Azerbaijan, the Real Estate Cadastre and Address Registry Service and Land Planning Design Research Center presented GPS coordinates of the graves to the working group.”

The statement further noted that according to the framework agreement signed with the ICRC, efforts are still underway to collect biological samples (DNA) from the relatives of the missing persons. This work began in conjunction with ICRC experts in 2014. The collected samples are stored in a place. The samples will be used to identify body remains in future exhumations.