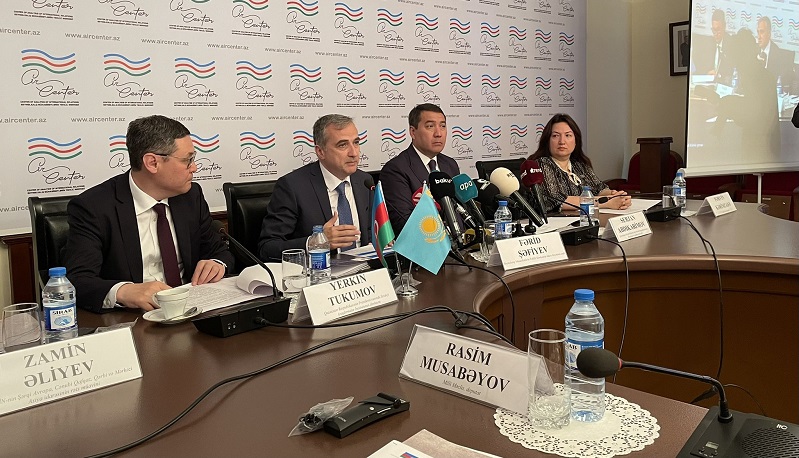 Azerbaijan that has restored its territorial integrity with its victory is always in favor of a peaceful co-existence, said Farid Shafiyev, Chairman of the Baku-based Center for Analysis of International Relations (AIR Center).

He delivered the remarks Monday during a round table dedicated to the 30th anniversary of the establishment of diplomatic relations between Azerbaijan and Kazakhstan and the creation of the Azerbaijan-Kazakhstan Expert Council, a correspondent of News.Az reports.

Shafiyev noted that stability and development are impossible without peace.

The think tank head recalled that Azerbaijani President Ilham Aliyev held a meeting with President of the European Council Charles Michel and Armenian Prime Minister Nikol Pashinyan in Brussels on Sunday. “The meeting focused on the signing of a future peace treaty between Azerbaijan and Armenia, demining of the liberated territories, border delimitation and other issues,” he added.