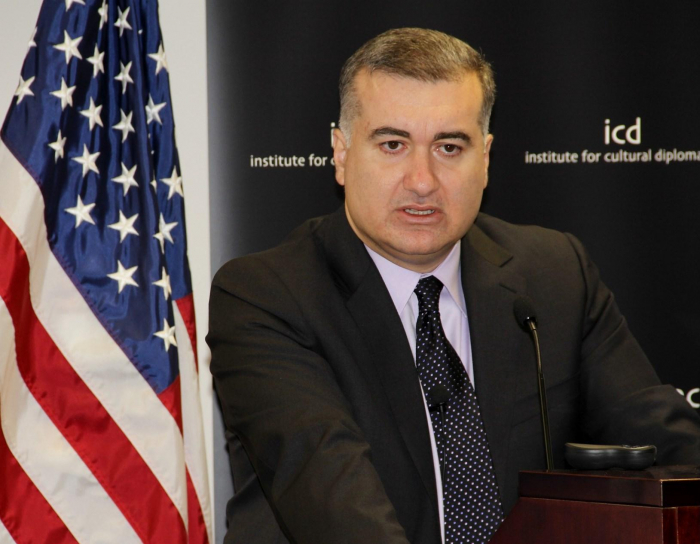 The Washington Times has published an article of Azerbaijani ambassador to the US Elin Suleymanov entitled "U.S., other powers must restrain aggressor Armenia", the embassy told News.Az.

Answering to the newspaper journalist’s question concerning reason for the ongoing tension escalation in the Armenian-Azerbaijani conflict, Suleymanov said that in the recent months Armenia have frequently resorted to military provocations.

Suleymanov pointed out that latest military attacks of Armenian can be considered as a continuation of the attacks of July 12-14, when Armenia launched attack in the direction of Azerbaijan's Tovuz district.

The ambassador pointed out that regional oil and gas pipelines pass through the territory, which are a vital part of Europe’s energy security, the transportation infrastructure and the air corridor connecting Europe and Asia, including NATO transit to Afghanistan.

Artillery shelling of territories populated with civilians, targeting civilians during the latest attacks is not incidental, he said, adding that Armenian Armed Forces used exactly the same methods for ethnic cleansing of Azerbaijanis in the early 1990s.

Suleymanov emphasized that all the fighting is taking place in the territories located within the internationally recognized borders of Azerbaijan.

According to him, resolution of the conflict based on international law will bring about lasting peace and allow for both the Armenian and Azerbaijani communities of Nagorno Karabakh to live next to each other in peace and security. The lasting peace would also allow for the region to realize its full potential and for Armenia to finally cease being an externally dependent and to integrate with countries of the region.

The ambassador said that in order to achieve a lasting cease-fire between the parties, Armenia needs to fulfil the four U.N. Security Council resolutions and withdraw its troops from the occupied territories of Azerbaijan.

Answering the question about allied relations between Russia and Armenia, he noted that Armenia hosts Russia’s military bases on its territory.

He also said that Armenia is trying to provoke Azerbaijan to retaliate and hit Armenia's territory, hoping to drag Russia directly into this confrontation within the Collective Security Treaty Organization.

Suleymanov pointed out that Turkey is not a party to the Armenian-Azerbaijani conflict, but only provides diplomatic support to Azerbaijan.

Touching upon participation of the US in the process, the ambassador said that similar to Russia, the US is both an OSCE Minsk Group co-chair and a UN Security Council permanent member. Therefore, Washington should have an interest in fulfilling the decisions of both international organizations and implementing the peace plan.

So far, the US has been assertive and vocal in calling for cease-fire and protection of civilians; now it should actively push for peace by convincing Armenia to end hostilities within Azerbaijan’s internationally recognized borders and withdraw its armed forces from the occupied territories, he added.

The full text of the article can be read here.