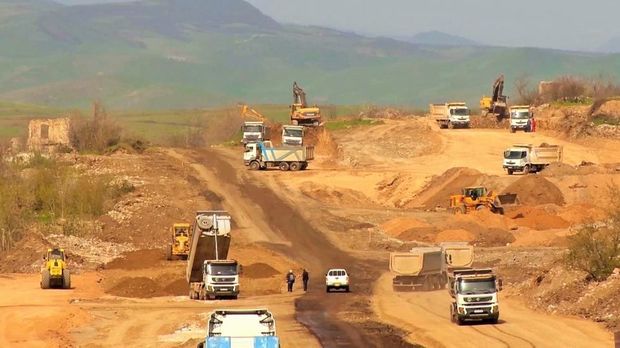 The ‘Victory Road’ leading to the Azerbaijani city of Shusha, previously liberated from Armenian occupation, will be commissioned in September 2021, Anar Najafli, spokesman for the State Agency of Azerbaijan Automobile Roads, said on Thursday.

Najafli reminded that the construction of the road began six days after the brilliant victory of the Azerbaijani army in the 44-day Second Karabakh War.

“At present, continuous construction work is underway. The 101-kilometer road will be four-lane, two more lanes will be auxiliary. The road will be commissioned by September. Four bridges, ten underpasses and waterways will be built here," the spokesman added.