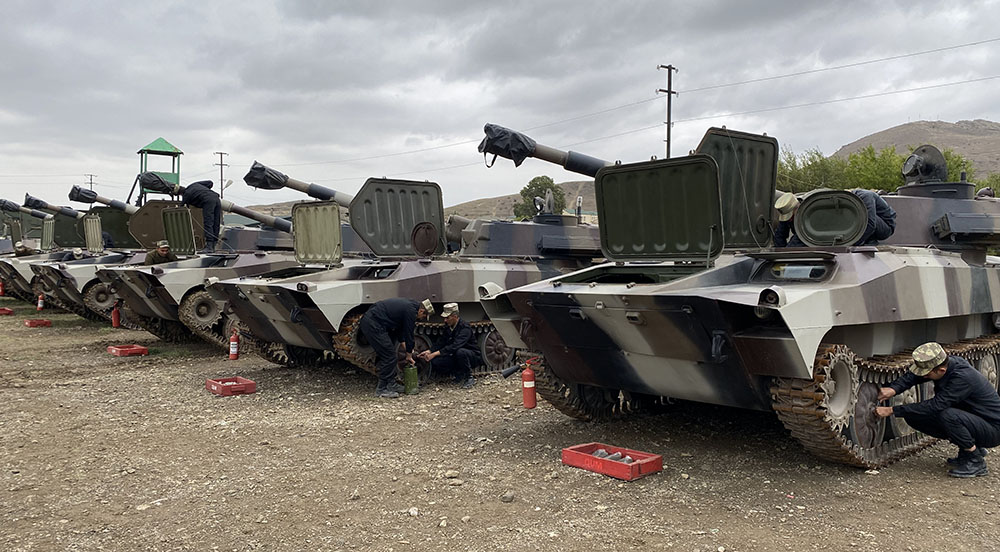 Types of troops, Army Corps, formations, and units of the Azerbaijan Army have started supply work with the aim of preparing for the winter season, the Defense Ministry told News.Az.

In accordance with the autumn-winter seasons, the transition of weapons and equipment has been organized for the exploitation condition in the military units.

Supply of food, warm clothing and fuel reserves, weapons, and ammunition were delivered to the servicemen on duty in battle positions in accordance with the norm. The units deployed in the areas with high mountainous and harsh climatic conditions have been supplied with extra provisions.

Particular attention is paid to the preparation for the winter season and the supply of the Azerbaijan Army Units stationed in the liberated territories.  The supply and provision of personnel will allow you to serve during the winter months without any problems and difficulties.

In order to provide uninterrupted service in harsh climates, mountainous areas, night and day, as well as to maintain a high level of combat readiness all necessary measures are being taken to further increase the combat capability of military units due to the transition to the winter season.

All military units are provided with fuel and lubricants, other necessary spare parts, and equipment in a centralized manner to ensure the uninterrupted and stable operation of weapons and equipment, including aircraft in the winter season. In accordance with the seasonal requirements, the fuel and lubricants of military equipment and military vehicles are changed to be ready for combat in the most difficult and cold climates.