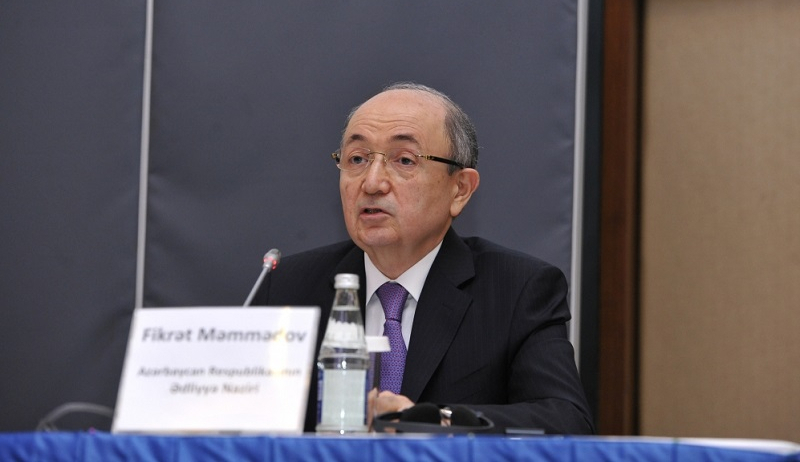 Azerbaijan attaches great importance to its relations with the Council of Europe, the country’s Justice Minister Fikrat Mammadov said.

He made the remarks Tuesday at a presentation ceremony of the Council of Europe-Azerbaijan Action Plan 2022-2025, a correspondent of News.Az reports from the event.

The minister recalled that Azerbaijan marked 20 years of its accession to the Council of Europe last year.

“Over the past 20 years, Azerbaijan has made great strides in the fields of human rights, democracy and the rule of law, which are commended by international organizations,” he noted.

Mammadov said that Azerbaijan, which always remains committed to European, values chaired the Council of Europe Committee of Ministers.

“A number of prestigious events held and the implementation of important projects supporting the democratic development of our country have testified to the success of Azerbaijan’s chairmanship. Also, over the years, Azerbaijani representatives have been actively involved in various institutions of the Council and elected heads of its important bodies,” the minister added.

The Action Plan for Azerbaijan 2022-2025 was adopted by the Committee of Ministers on 16 February 2022. It is a strategic programming instrument that aims to bring Azerbaijan’s legislation, institutions and practice further in line with Council of Europe standards in the areas of human rights, the rule of law and democracy.