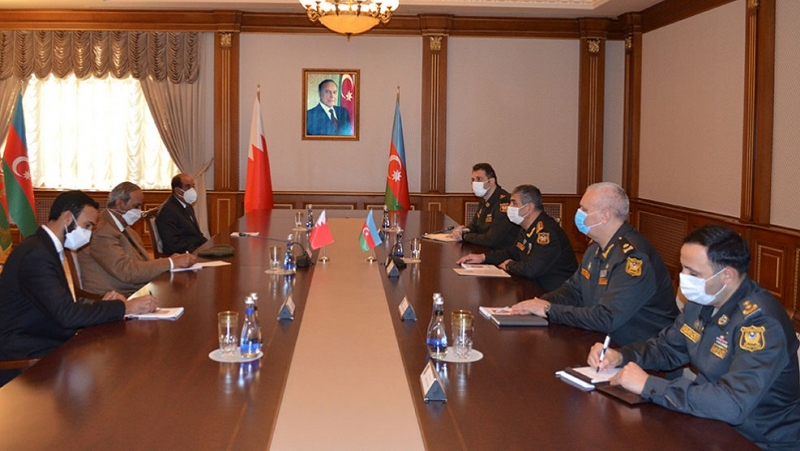 Hailing the military cooperation with the Kingdom of Bahrain, Minister Zakir Hasanov stressed the importance of developing the work carried out in this field.

Shaikh Khalifa bin Ahmed Al Khalifa asked to convey congratulations on behalf of himself and the King of Bahrain to Commander-in-Chief of the Armed Forces of Azerbaijan, President Ilham Aliyev and all the personnel of the Azerbaijan Army on the occasion of glorious victory in the Patriotic war.

The sides discussed the military-political situation in the region, the prospects of development of military cooperation, as well as other issues in the field of defense.