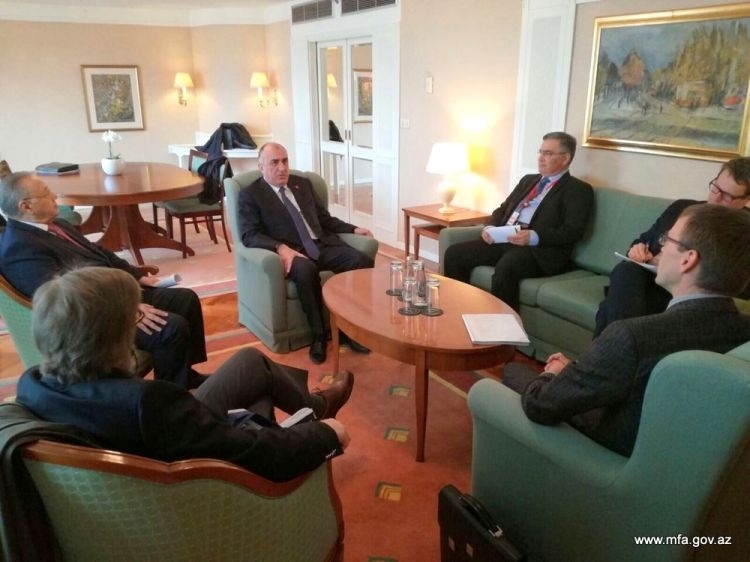 "Armenia must withdraw its troops from the occupied Azerbaijani territories."

The European Union should take a unified approach to the issue of respect for the territorial integrity and sovereignty of states, Azerbaijan’s Foreign Minister Elmar Mammadyarov said at a meeting with his Estonian counterpart Sven Mikser in Warsaw April 12, the Azerbaijani Foreign Ministry told APA.

Mammadyarov stressed that in order to resolve the Nagorno-Karabakh conflict and create an enabling environment for regional cooperation Armenia must withdraw its troops from the occupied Azerbaijani territories.