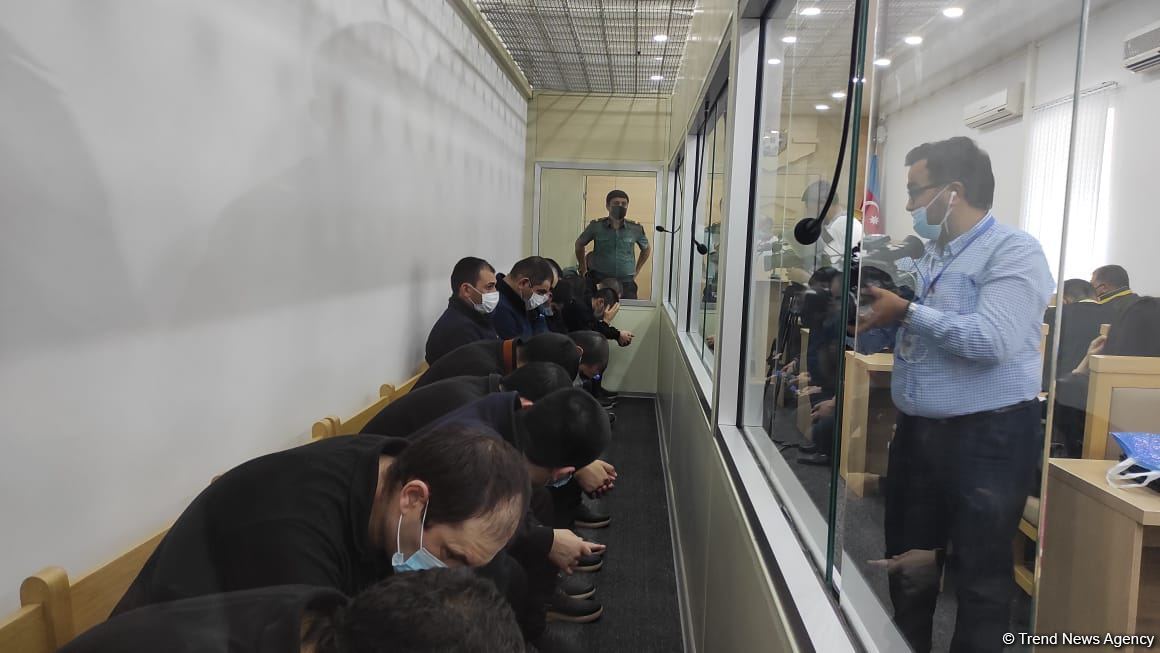 The Baku Court on Grave Crimes on Friday resumed the trial on the criminal case against 14 members of the Armenian armed groups who committed provocative, terrorist and other criminal acts in Azerbaijan.

The indictment was announced at the trial chaired by Judge Afghan Hajiyev.

After that, the accused Volodya Hakobyan asked the judge to make a decision on the return of all members of the Armenian armed groups to their homeland.

According to the indictment, the defendants, having illegally acquired firearms, ammunition, explosives and devices, created armed groups not provided for by law.

“On November 26-27, 2020, these persons illegally crossed the state border of Azerbaijan in the form of an organized group, took up combat positions in the forest part of the Hadrut village of the Khojavand district. Until December 13, 2020, the defendants committed provocative and terrorist acts in this territory,” the indictment reads.

This group committed terror in the Hadrut village of the Khojavand district. Its members are charged under Articles 214 (terrorism), 228 (illegal acquisition, possession of weapons and explosives), 279 (creation of groups in an illegal armed formation, participation in them), 318 (illegal crossing of the state border) of the Criminal Code of Azerbaijan.

According to the judge, if the accusation is confirmed by the court investigation, the defendants may be imprisoned for a term of 14 to 20 years, or they may be sentenced to life imprisonment.

Expressing their attitude to the indictment, the Armenian terrorists partially pleaded guilty.

The Baku Court on Grave Crimes on Friday resumed the trial on the criminal case against 14 members of the Armenian armed groups who committed provocative, terrorist and other criminal acts in Azerbaijan.

An indictment was announced at the trial chaired by Judge Afgan Hajiyev.

The members of these armed formations illegally crossed the state border of Azerbaijan on the night of November 26 through 27, 2020 as an organized group, took up the combat positions in the forest and other areas in the northwestern part of the Hadrut settlement of Khojavend district.