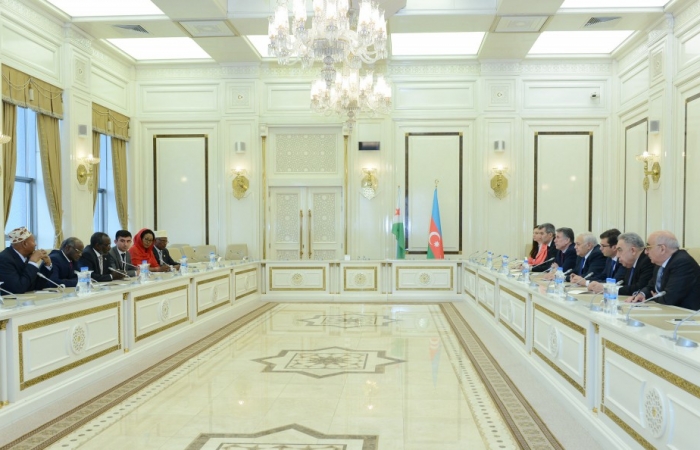 Speaker of Azerbaijan`s Parliament Ogtay Asadov has met a delegation led by President of the National Assembly of the Republic of Djibouti Mohamed Ali Houmed.

Mr. Asadov said reciprocal visits contribute to development of bilateral bonds. He said the visit of the President of the National Assembly of Djibouti will open new pages in development of inter-parliamentary ties.

Ogtay Asadov highlighted developing relations between the two countries in the humanitarian, economic fields across the last years. He stressed the importance of boosting economic cooperation. On establishment of inter-parliamentary friendship group, the Speaker emphasized the significance of reciprocal visits of MPs, as well as arranging the economic forums. He said the resolution adopted by the Djiboutian parliament is indicative of the friendly ties between the two countries.

Mohamed Ali Houmedsaid both countries are bound together by religious and cultural ties and stressed the importance of further strengthening these bonds. He said current level of relations gives the impression that these ties have a long history.