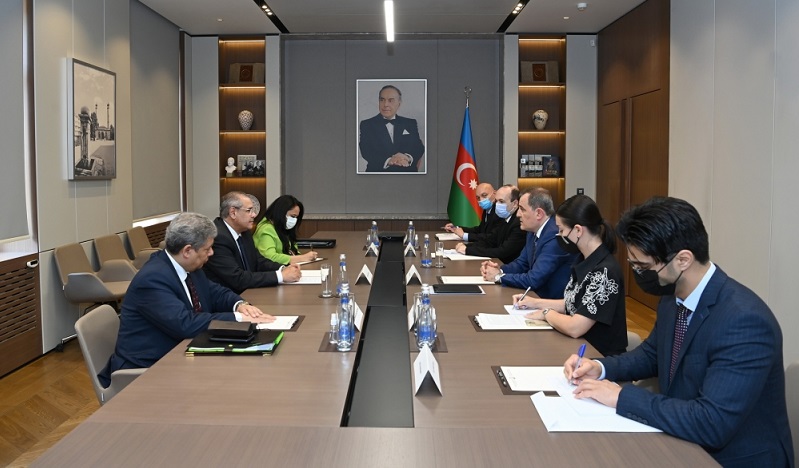 Minister Jeyhun Bayramov emphasized the development of bilateral relations based on the historical ties between the two nations. Noting with satisfaction the level of political dialogue between the two countries, the Minister said that regular political consultations between the Ministries of Foreign Affairs of the two countries, as well as reciprocal visits, contributed to the development of relations. He noted the development of bilateral relations in many directions and in this regard referred to the activity of the Joint Commission on trade, economic, scientific, technical and cultural cooperation between the Government of the Republic of Azerbaijan and the Government of the Arab Republic of Egypt.

Emphasizing that this year marks the 30th anniversary of the establishment of diplomatic relations between Azerbaijan and Egypt, the sides expressed mutual congratulations in this regard.

Minister Jeyhun Bayramov gave detailed information on the post-conflict situation in the region, issues related to the implementation of trilateral statements, and large-scale works carried out by Azerbaijan regarding the reconstruction of the liberated territories.

The sides also exchanged views on regional and international issues of mutual interest.