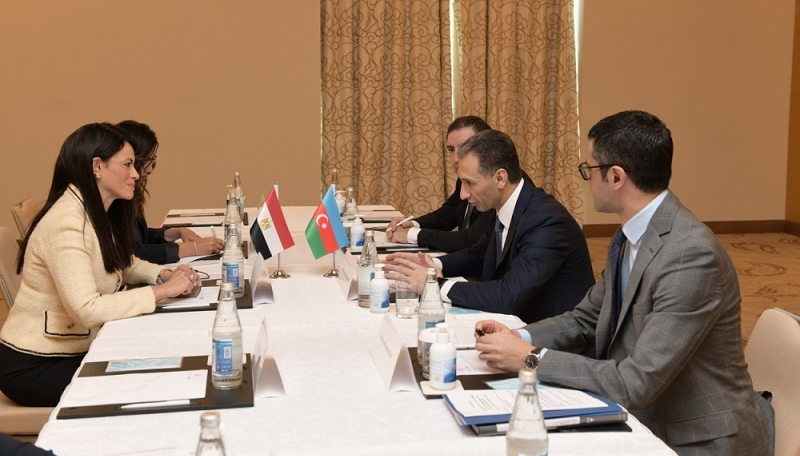 The meeting took place on the sidelines of the fifth meeting of the Joint Intergovernmental Commission on Economic, Technical and Scientific Cooperation between Azerbaijan and Egypt, the Azerbaijani ministry told New.Az.

It was emphasized that the fifth meeting of the Joint Commission coincided with the 30th anniversary of the establishment of diplomatic relations between Azerbaijan and Egypt. The sides praised economic and cultural relations between the two countries.

They hailed the fact that the trade turnover between Azerbaijan and Egypt increased by over fivefold in 2021. They also added that there is a real potential to further increase trade.

During the meeting, it was noted that businessmen have a special role in increasing trade and mutual investments, and from this point of view, the importance of organizing an Azerbaijan-Egypt Business Forum within the framework of the commission’s meeting was noted.

The sides exchanged views on the issues of promoting trade, industry and mutual investment, as well as opportunities for cooperation in the fields of education, culture and tourism.