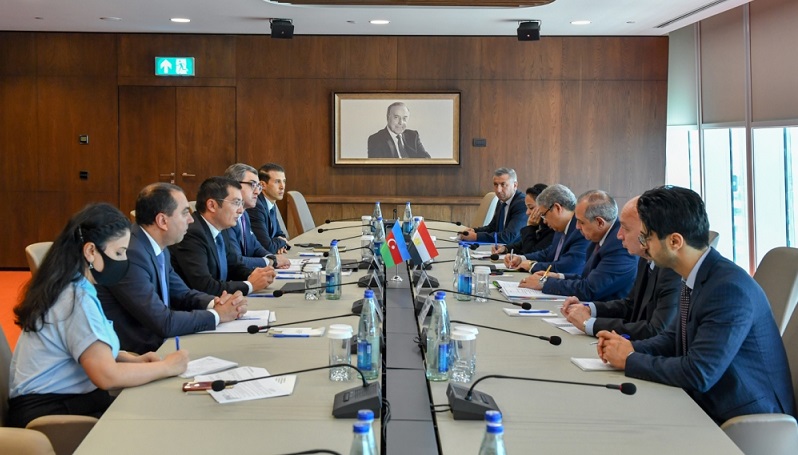 Deputy Minister Elnur Aliyev stressed the importance of expanding bilateral economic and trade relations. He noted that the two countries successfully cooperate in various areas, as well as within international organizations.

Touching upon the investment cooperation, the Azerbaijani deputy minister invited Egyptian businessmen to participate in the implementation of projects in the liberated territories.

Ihab Talaat Nasr has underscored his country’s interest in expanding relations with Azerbaijan.