Azerbaijan eyes to earn $850M per year from Star refinery 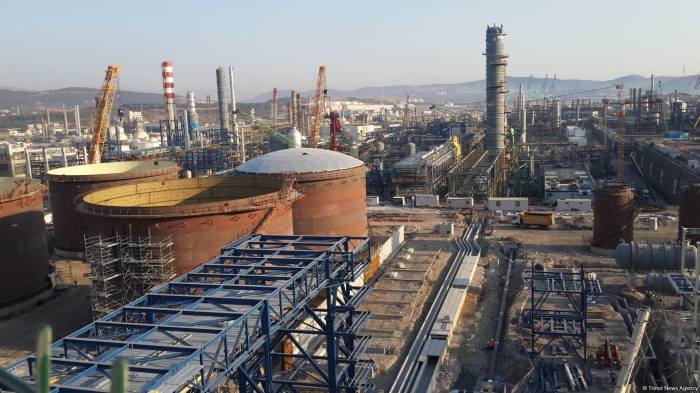 The refinery’s construction will be completed in the second half of 2018.

Annual income of Azerbaijan’s economy from the Star oil refinery, being constructed by SOCAR on Aliaga Peninsula in Turkey, will be about $850 million within the first five years after its commissioning, said SOCAR President Rovnag Abdullayev, according to AzVision.

He made the remarks Sept. 20 in Baku at an event dedicated to the Oilmen Day.

“The refinery’s construction will be completed in the second half of 2018. The refinery will primarily provide naphtha to the Petkim petrochemical complex, which aims to take up to 30 percent share of the Turkish market,” Abdullayev said.