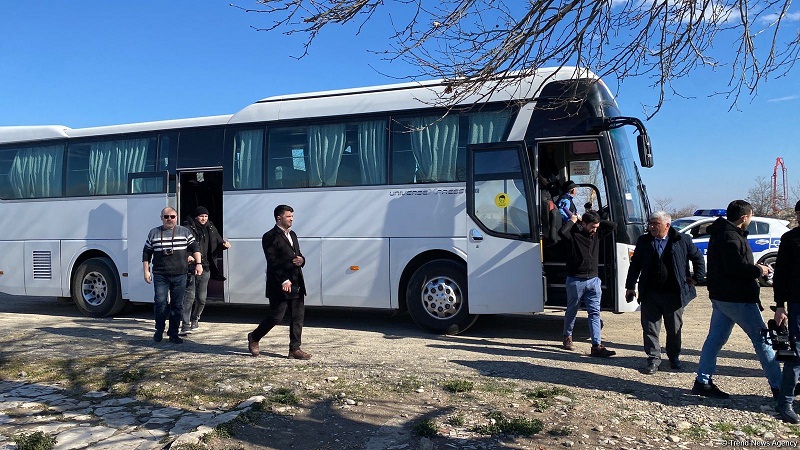 A 50-seat regular bus from Baku arrived in Aghdam city [liberated from Armenian occupation in the 2020 second Karabakh war] on January 24, News.Az reports.

The regular bus trips on the Baku-Aghdam-Baku route started in the morning. The trips are operated from the territory of the Baku International Bus Terminal Complex.

At first, those who arrived by this bus have visited the Imarat palace complex in Agdam, built by Panahali Khan in the XVIII century.

The visitors also saw the vandalized Khurshidbanu Natavan's burial place, destroyed by Armenians, a well as other historical monuments subjected to Armenian vandalism.