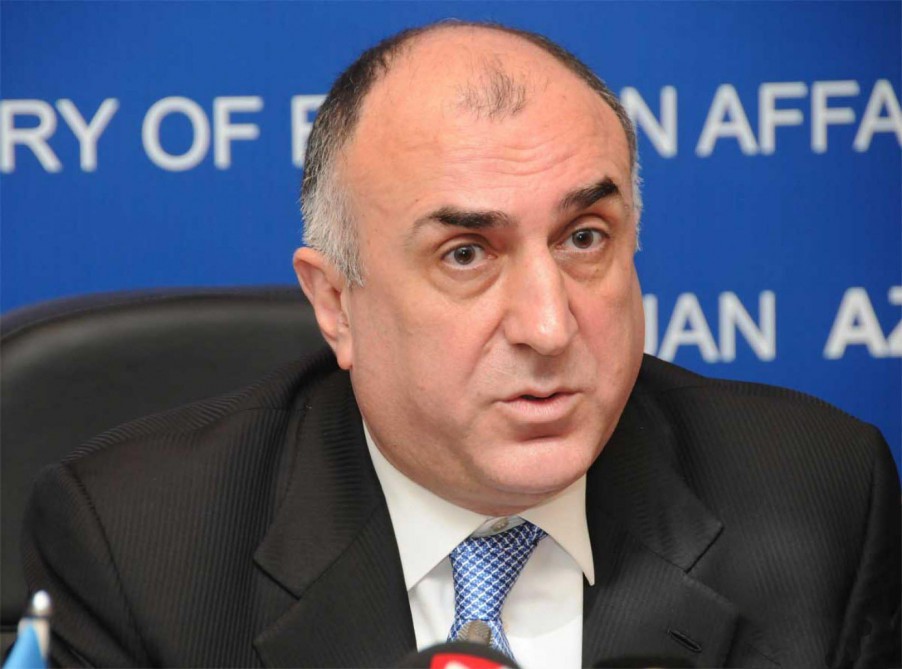 Against the background of continuing military occupation and ethnic cleansing of the territories of Azerbaijan by Armenia, the holding of “elections” in the occ

“Such elections will be possible only after the withdrawal of the Armenian occupying forces, return of the expelled Azerbaijani population to their places of origin, and restoration of dialogue and cooperation between the Armenian and Azerbaijani communities of the region,” Mammadyarov said.

The top diplomat stressed that the international community has consistently deplored in the strongest terms the use of military force against Azerbaijan and the resulting occupation of its territories.

“In 1993, the United Nations Security Council adopted 4 resolutions (822, 853, 874 and 884), condemning the occupation of the territories of Azerbaijan and reaffirming respect for the sovereignty and territorial integrity of the Republic of Azerbaijan and the inviolability of its internationally recognized borders. In those resolutions, the Security Council also confirmed that the Nagorno-Karabakh region is an integral part of Azerbaijan, and demanded the immediate, complete and unconditional withdrawal of the Armenian occupying forces from all the occupied territories of Azerbaijan,” he said.

As in previous cases, this time again the international community firmly rejected the so-called “elections” in the occupied territories of Azerbaijan and declared them illegitimate, said Mammadyarov. “Here we should mention such international organizations as the Non-Aligned Movement, OIC, EU, NATO, Turkic Council, GUAM, TURKPA, and the others, also the co-chairs of the OSCE Minsk Group, as well as the numerous states which came up with the separate statements.”

“Well, of course, the condemnation of these illegal actions is not enough; acting according to these statements, or with other words realization of the resolutions adopted by international organizations with regard to the Armenia-Azerbaijan Nagorno-Karabakh conflict is essential. This is what Azerbaijan is striving for and this is what needed to provide lasting peace, security and stability in the region,” he added.

Asked about the positions of the UK, Russia and the US regarding the so-called elections, Mammadyarov said: “The two states among those that you have mentioned, Russia and USA, together with France are the co-chair states of the OSCE Minsk Group, the states that are mediating the peace negotiations between Armenia and Azerbaijan. The United Kingdom and the European Union are also interested in the earliest peaceful settlement of the conflict. The expectation of Azerbaijan from the key players and important actors of the international relations is of course about implementation of the UN Security Council demands.”

“Today deliberate actions are being carried out in the occupied territories of Azerbaijan with a view to changing their demographic, cultural and physical character. Such actions, including the so-called “elections”, constitute a clear violation of norms of international law and relevant international conventions. It is clear that such policy and practices can in no way be reconciled with the objectives of achieving a peaceful resolution of the conflict, thus necessitating the urgent action by the wider international community, including the states that you have mentioned, for defending the values, norms and principles of the rules-based inter-State relations, as enshrined in the UN Charter,” he added.

The top diplomat reminded that the UK Foreign Office has also formally rejected conducting the so-called elections in Nagorno-Krabakh and the UK Embassy in Baku publicly reacted as follows: “The UK does not recognize the Presidential ‘elections’ in Nagorno-Karabakh, the second round of which is taking place on April 14. The UK again underlines its support for the OSCE Minsk Group and the Co-chairs’ role in the peace process. We support the sovereignty, territorial integrity, and independence of Azerbaijan while underlining the importance of universally recognized principles and norms of international law. We encourage Azerbaijan and Armenia to accelerate efforts to build confidence and achieve a peaceful resolution to the conflict.”