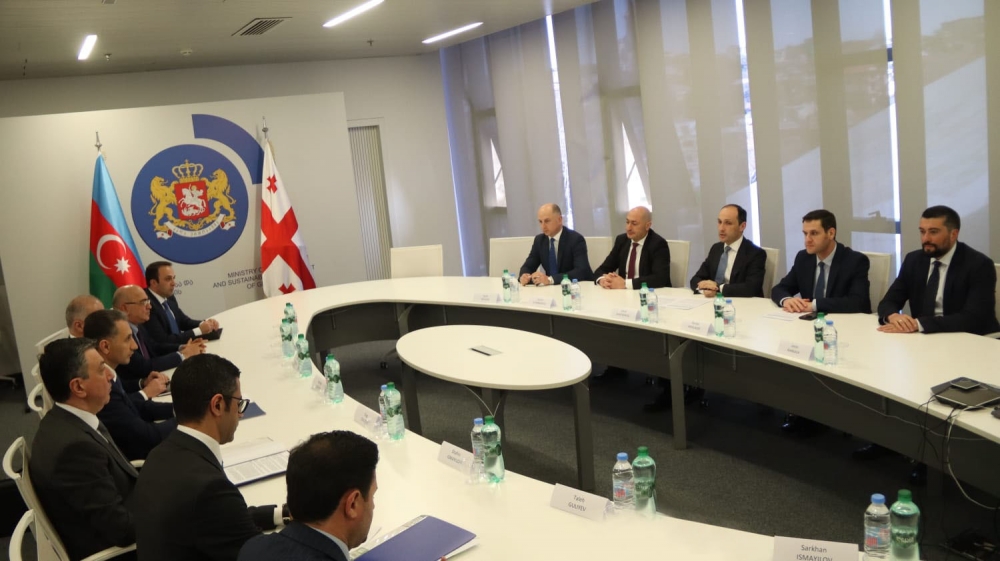 The parties discussed prospects for the development of relations between the two countries in the economic, political, transport and logistics areas, News.Az reports citing Georgian media.

Speaking about Georgia’s economic opportunities and regional cooperation, Davitashvili stressed the importance of project initiated in the region.

Nabiyev, in turn, hailed the development of economic relations between Azerbaijan and Georgia, emphasizing the importance of large-scale joint projects in the region, including the Baku-Tbilisi-Kars (BTK) railway.

During the meeting, the parties also exchanged views on the activities of customs, border checkpoints, increasing the volume of international cargo transportation through the BTK and other issues of common interest.