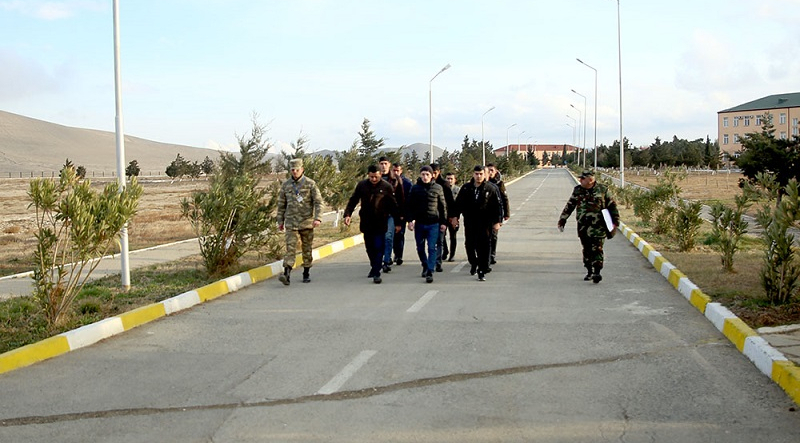 In accordance with the training plan for 2022 approved by Azerbaijan’s defense minister, the military training session for reservists is being held in one of the military units, the Defense Ministry told News.Az.

The main purpose of the session, involving a group of reservists, is to improve their combat and military skills, experience, as well as get acquainted with modern weapons and military equipment in the Azerbaijan Army, and learn their rules of operation.

The reservists involved in the training were provided with military uniforms and other supplies after appropriate registration and medical examination at the headquarters of the assembly point.

Then a cultural event was organized for the training session participants. At first, the memory of the national leader of the Azerbaijani people Heydar Aliyev, and compatriots, who became Shehids (Martyrs) for the independence and territorial integrity of the Republic of Azerbaijan, was honored with observing a minute of silence. Then the National Anthem was performed.

Speakers at the events spoke about the victory of the Azerbaijan Army, gained under the leadership of the President of the Republic of Azerbaijan, the Supreme Commander-in-Chief of the Armed Forces, Mr. Ilham Aliyev, and the historical significance of the victory. It was noted that the training session will have a positive impact on reservists’ combat and moral-psychological readiness.

Singers of the Army Ideological and Cultural Center named after Hazi Aslanov performed patriotic music at the event.

It should be noted that the training session will last until January 29.