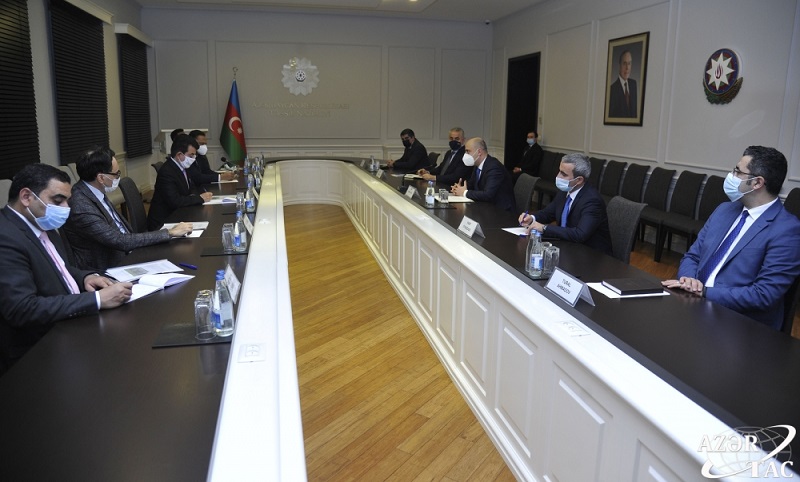 Azerbaijan`s Minister of Education Emin Amrullayev has met with a delegation led by the Director General of the Islamic World Educational, Scientific, and Cultural Organization (ICESCO) Salim bin Mohammed AlMalik.

The sides discussed the current state of and prospects for cooperation between the country and the organization in the sphere of education. It was noted that by the relevant order of the President of the Republic of Azerbaijan, a total of 51 students earned the right to study in higher educational institutions of Azerbaijan under the educational grant established for the citizens of the Organization of Islamic Cooperation (OIC) member states.

Minister Emin Amrullayev said that 10 pupils were killed, 16 pupils were injured and 54 educational institutions were destroyed as a result of attacks by the Armenian armed forces, which lasted more than 6 weeks since September 27 last year. The minister emphasized that appropriate steps had been taken to eliminate the damage.

As part of his visit to Azerbaijan, ICESCO Director General Salim bin Mohammed AlMalik will visit the liberated territories.