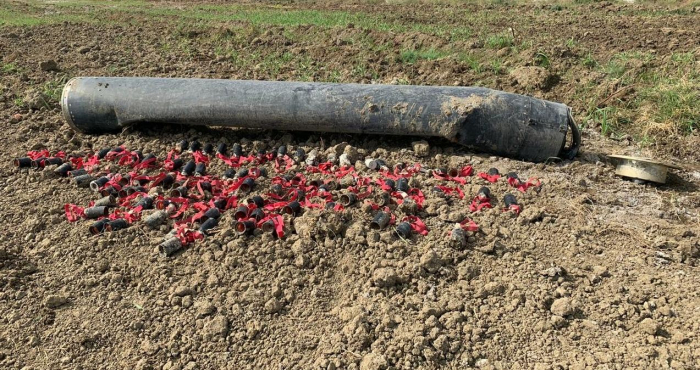 Azerbaijani Prosecutor General’s Office has launched a criminal case over Armenia’s attempted shelling of the section of the Baku-Tbilisi-Ceyhan (BTC) pipeline, which runs through Azerbaijan’s Yevlakh district.

Aggressive Armenia continues to commit acts of terrorism against civilians in blatant violation of the norms and principles of international law, including the requirements of the 1949 Geneva Convention (IV) relevant to the Protection of Civilian Persons in Times of War and the Additional Protocols to the Convention, the Prosecutor General’s Office said in a statement on Wednesday.

As reported, on October 6th, 2020, at about 6:30 pm, the armed forces of Armenia, using massively destructive methods of warfare and weapons prohibited by international law, and targeting demilitarized zones, as well as non-military, clearly visible, differentiated crude oil and condensate export pipelines, launched missiles at civilian objects in the direction of the Aran settlement of Yevlakh District, which is not involved in hostilities and is at least 50 kilometres away from the area of military operations. The 9M525 Smerch rocket, which has large destructive power and contains 300 9N235 bombs, was neutralized in the air by the Azerbaijani Armed Forces. As a result, some of the bombs inside the rocket hit the 42-inch-diameter South Caucasus Expanded Pipeline in the Aran settlement, Yevlakh District. Some of the bombs scattered 120 meters from the Western Export Pipeline, which transports crude oil to the Black Sea coast, and other parts were scattered 100 meters from the Baku-Tbilisi-Ceyhan Oil Pipeline passing through the settlement. Thus, by planning and waging an aggressive war against the Republic of Azerbaijan, a terrorist crime was committed by the Armenian armed units, which attempted to deliberately destroy a large number of infrastructure facilities and other property, creating dangerous conditions for oil-exporting and high-capacity crude oil and condensate export pipelines, which could inflict significant property damage.

With regard to the above-mentioned criminal facts, On October 6th, criminal proceedings were instituted by Prosecutor General of the Republic of Azerbaijan under Article 100.1, 100.2 (planning, preparation, implementation or conducting aggressive war), 116.0.1, 116.0.6, 116.0.7 (infringement of norms of the international humanitarian right during confrontations), 117.2 (giving criminal orders during an armed conflict), 214.2.1, 214.2.3 (terrorism), 218.3 (creation of criminal community (criminal organization)), 279.3 (creation of armed formations or groups, which are not provided by the law) and Article 186.3 (deliberate destruction or damage of another's property causing especially large damage). The investigation was entrusted to the Investigation Department of the Prosecutor General's Office.

The prosecution authorities are currently conducting out the necessary investigative measures and procedural actions at the scene.