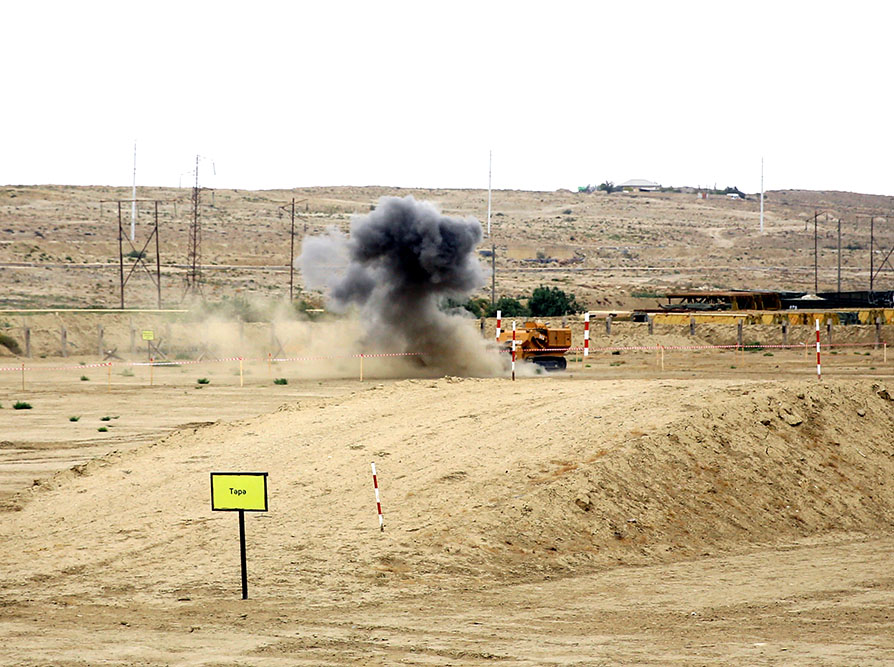 Azerbaijani First Deputy Minister of Defense - Chief of Staff of the Azerbaijan Army, Lieutenant General Karim Valiyev visited military units of the engineer-sapper troops under the instructions of the country’s defense minister.

The Chief of General Staff inspected the combat readiness of the units and was informed about the improvement of personnel's skills in the effective use of modern engineering machinery and equipment adopted into the engineer units, the Defense Ministry told News.Az.

It was noted that on the instructions of the President of the Republic of Azerbaijan, Supreme Commander-in-Chief of the Armed Forces, Mr. Ilham Aliyev, the work on manning of the newly created engineering battalions is underway. Their training is carried out by specialists from fraternal Turkey in a high level.

It was emphasized that the engineer-sapper units continue to clear the liberated areas from mines and unexploded ordnance. It was noted that engineering work is being carried out to lay new roads in the direction of the positions of Azerbaijan Army Units stationed in terrain areas.

Then, at the training ground of the military unit, engineer-sappers demonstrated their training capabilities.

Relevant officials of the Defense Minister have been instructed to carry out engineering work in the liberated territories.

In the end, a group of distinguished servicemen was awarded.