Azerbaijan intending to strengthen material and technical base of Armed Forces 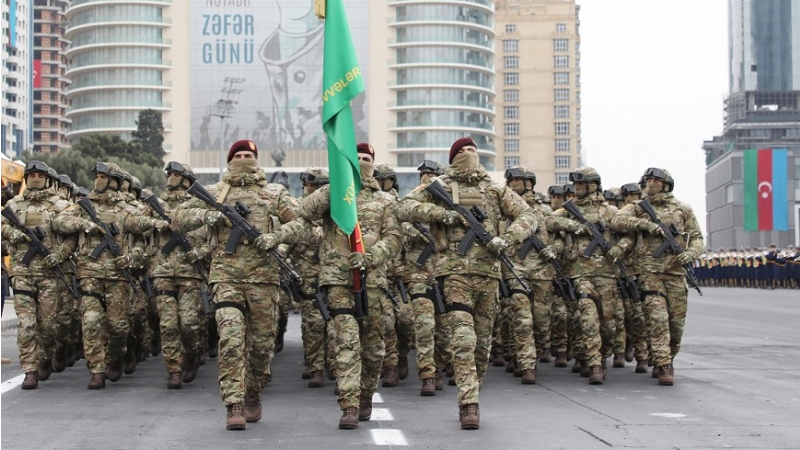 Azerbaijan is developing a new bill on strengthening the material and technical base of the Armed Forces, News.Az reports.

The bill envisaging amendments to the law "On the Armed Forces of the Republic of Azerbaijan" was discussed in the second reading at a plenary session of the country’s parliament on Tuesday.

According to the amendments, proceeding from Article 9.6 of the new version of the law, the procedure and norms for providing the Azerbaijani army and other armed units with material and technical resources in peacetime and wartime (armed conflict) will be determined by the relevant structures of executive power.

The bill was developed on the basis of the experience gained in military operations to protect Azerbaijan’s territorial integrity during the 44-day second Karabakh war. The purpose is to provide the highest level of material and technical base for all unit types.

Following discussions in a plenary meeting of the parliament, the amendments were put to a vote and adopted.