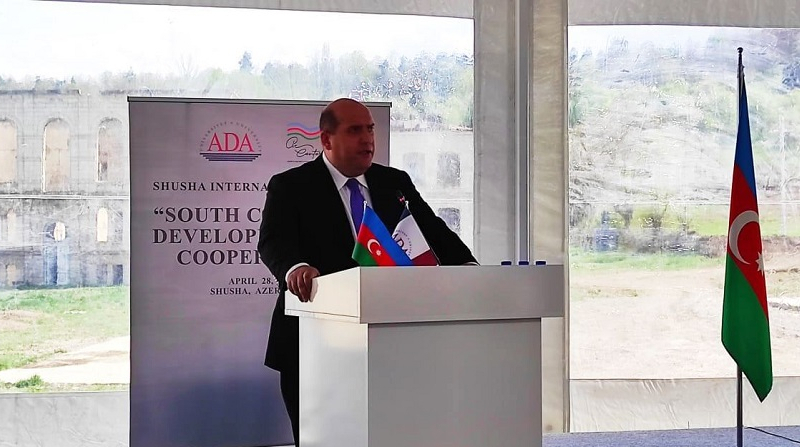 Azerbaijan is interested in peace and stability in the region, said Emin Huseynov, special representative of the President of Azerbaijan in the territories liberated from the Armenian occupation within the Karabakh economic region (except Shusha district).

He made the remarks at the “South Caucasus: Development and Cooperation” international forum held in the Azerbaijani city of Shusha, News.Az reports.

The Karabakh conflict is over, said Huseynov, stressing that Azerbaijan has repeatedly declared its readiness to establish peace.

“Our country is interested in peace and stability in the region. Azerbaijan has managed to integrate well into regional processes, and Armenia still has a chance to join the regional integration,” he added.