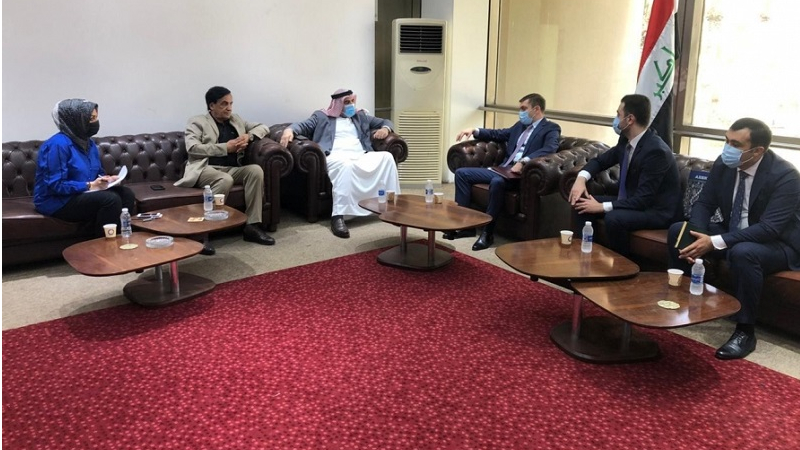 Chargé d'affaires of Azerbaijani Embassy in Iraq Nasir Mammadov has met with members of the Iraqi parliament`s international relations committee to discuss prospects for closer cooperation between the two countries, AZERTAC reports.

Mammadov hailed cooperation between Azerbaijan and Iraq in various areas. He stressed the necessity of organizing reciprocal visits, and pointed out fruitful activity of both countries` intergovernmental and interparliamentary working groups.

He highlighted the Armenia-Azerbaijan Nagorno-Karabakh conflict, noting the resolutions adopted by the UN Security Council, Organization for Islamic Cooperation (OIC), the EU and European Parliament on unconditional withdrawal of Armenian forces from the occupied territories of Azerbaijan.