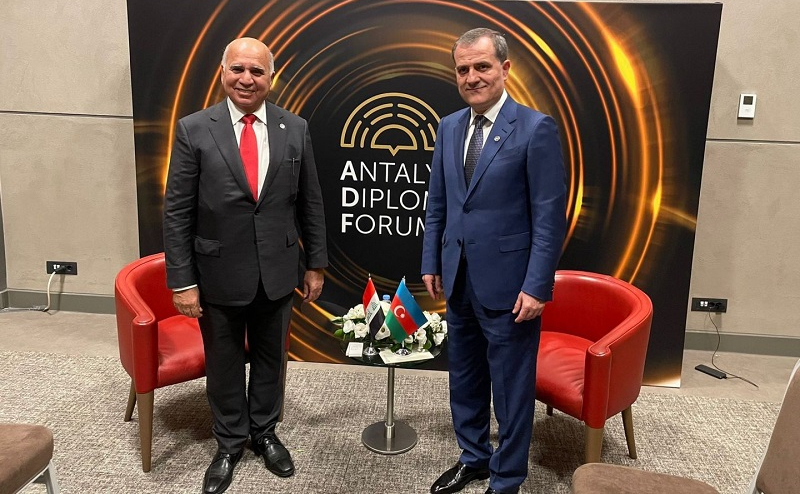 Azerbaijan's Foreign Minister Jeyuhun Bayramov and his counterpart from Iraq Fuad Hussein discussed the prospects for cooperation in a number of areas, the Foreign Ministry told News.Az.

The discussions took place as part of the Antalya Diplomacy Forum.

In the course of the meeting, Bayramov informed his Iraqi counterpart about the long-term policy of Armenia's aggression and its consequences, as well as about Azerbaijan's response to the Armenian military provocation and the liberation of territories.

The minister also spoke about the situation on the liberated (from Armenian occupation) lands and the restoration work carried out there.

He also noted that historical, religious and cultural ties between the Azerbaijani and Iraqi peoples are the basis of sincere relations between the two countries.

Bayramov thanked the Iraqi side for supporting the fair position of Azerbaijan.

In turn, the Iraqi foreign minister noted the development of relations with Azerbaijan.

"Iraq, as a country suffering from war, is well aware of its consequences and for this reason is in favor of a peaceful settlement. In this regard, the minister noted with satisfaction the agreement reached between Azerbaijan and Armenia on the cessation of hostilities," Hussein noted.

During the discussion, the ministers also discussed the prospects for cooperation in the energy, humanitarian, educational, agricultural, tourism and other spheres.